A short trip around the sheep pasture and paddocks of Migrant Alley this morning, hoping to find a Wheatear, didn't provide me with one, but I did see my first SWALLOW (72,62) of the year fly through, fast and low.

A bit later in the morning I headed off to 7 Oaks wildfowl reserve in some lovely sunny weather, most noteworthy of sightings were the plentiful Blackcap and Chiffchaffs all singing away  :-) 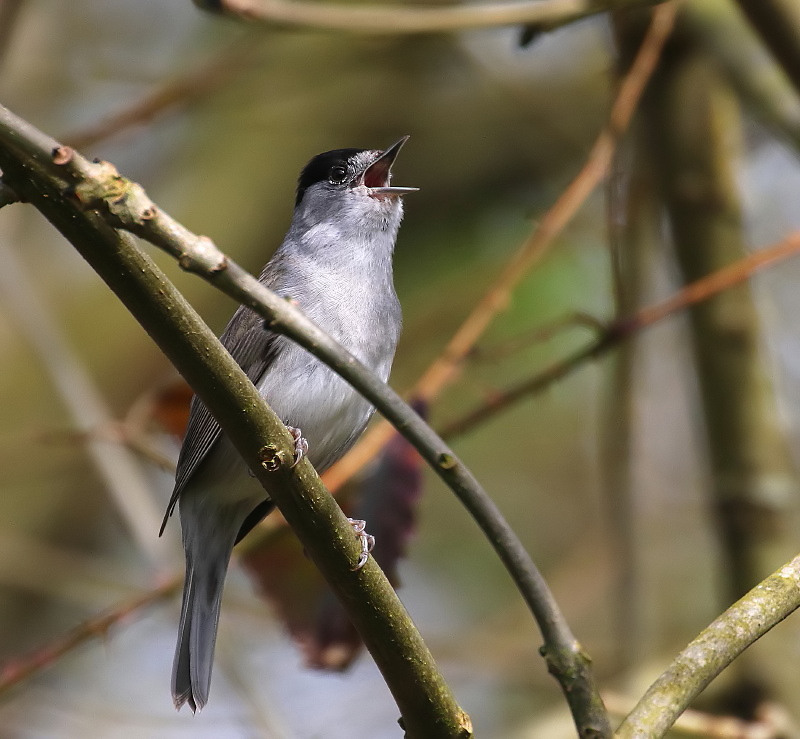 Fog initially shrouded the area this morning, but once it cleared I was able to enjoy the warm sunny conditions that prevailed for the rest of the 6 hour full patch walk.

Among the first dozen birds that were recorded, was a singing BLACKCAP (71,61), heard at the Greenhouse Grounds, a year tick for me! CHIFFCHAFFS were also singing, the 3 - 4 territories on my patch now being occupied by at least the male bird, but no other ''summer' species were found today.

The MUTE SWAN pair continue their stay at the Ornamental Lake, but only MALLARD, MOORHEN and CANADA GEESE were found on the other two lakes, although a MANDARIN DUCK was seen flying low over them.

All three regular raptor species were recorded, a lone SPARROWHAWK, at least 2 pairs of BUZZARDS and the KESTREL pair. 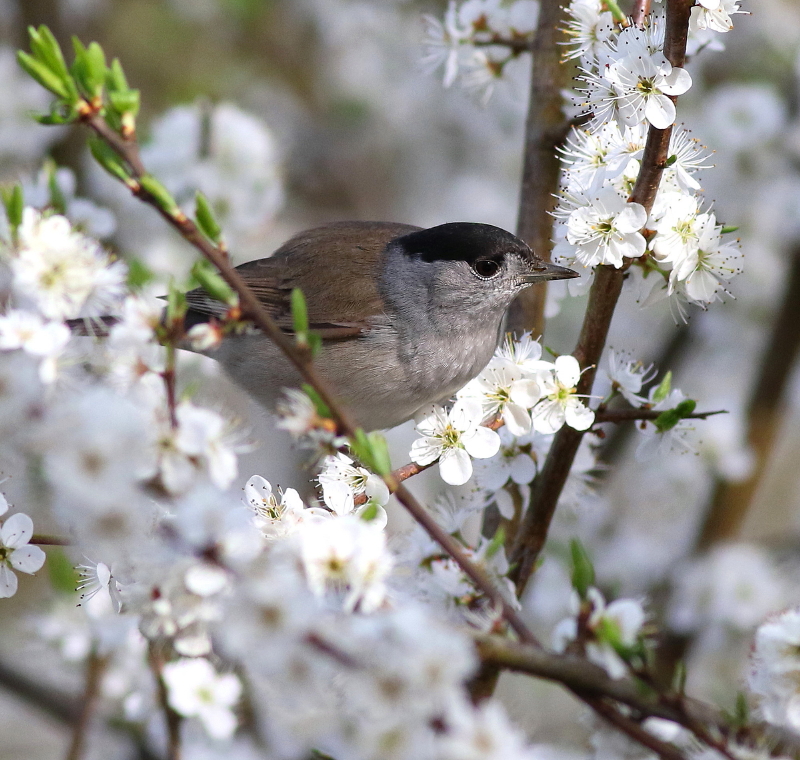 Blackcap in the Blackthorn 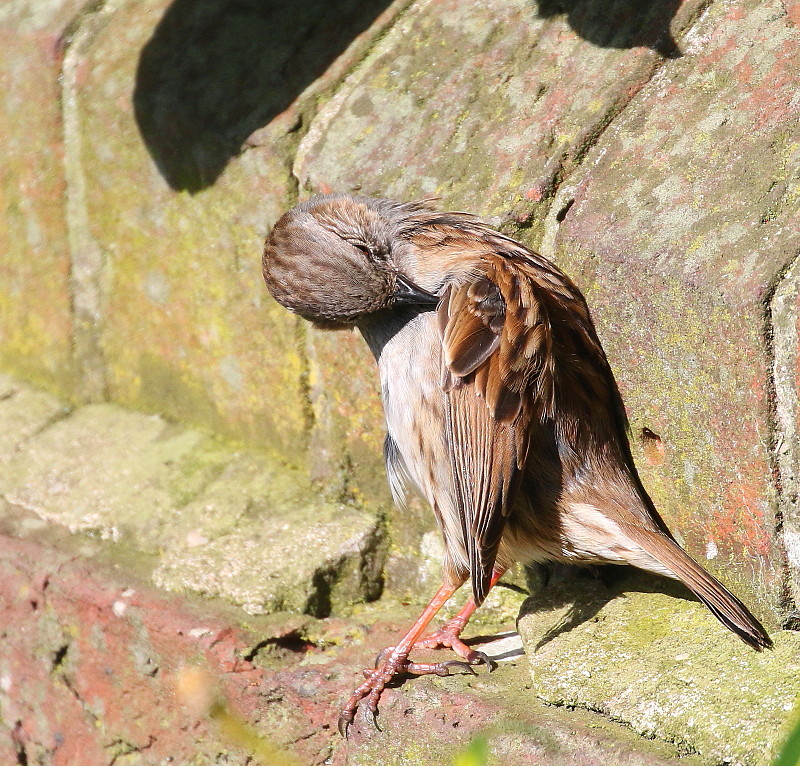 This DUNNOCK was photographed in my garden at the weekend, it had found the sunniest warmest place to preen  :-) 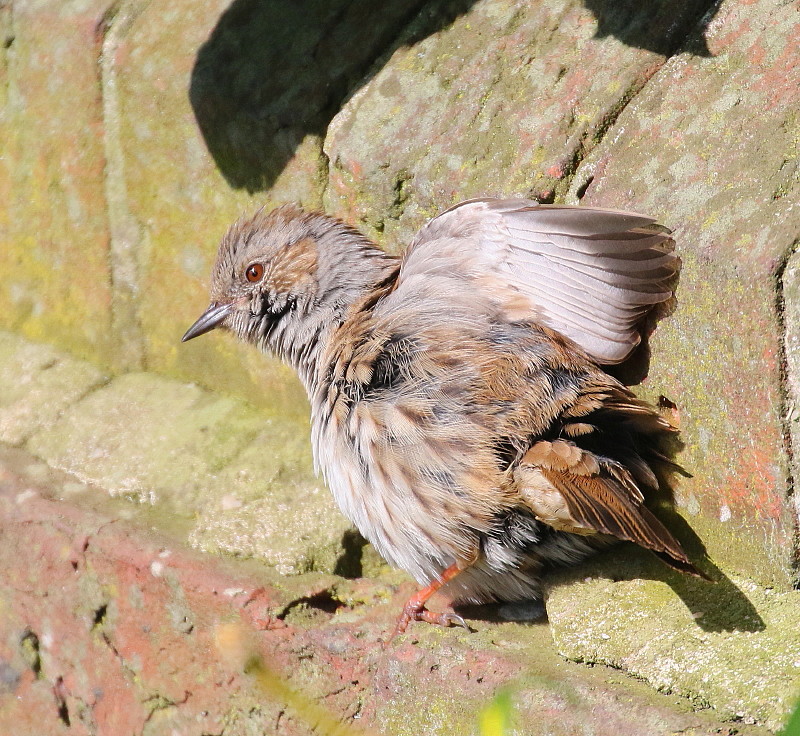 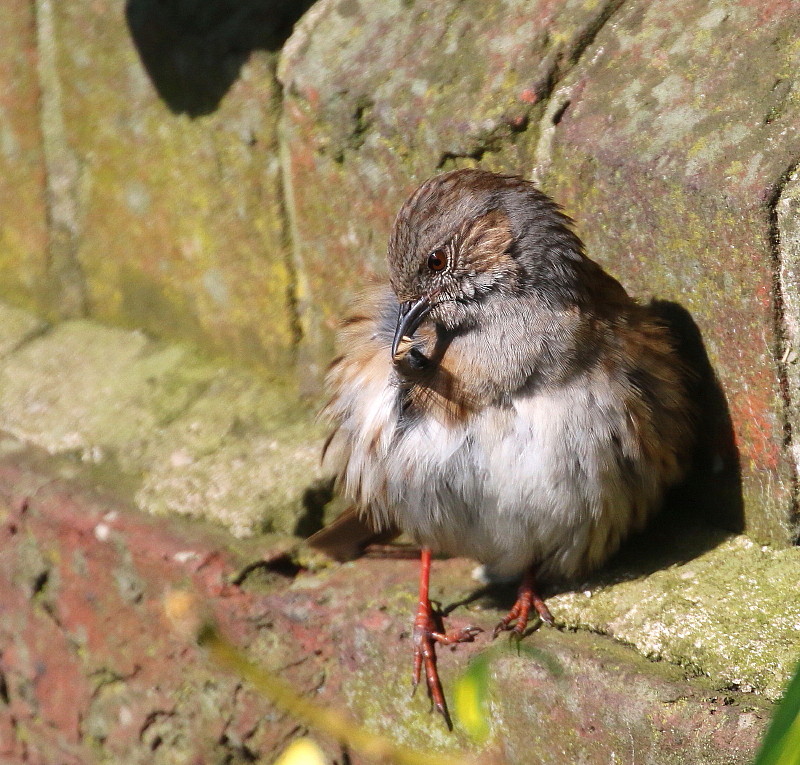