This morning was grey and overcast again, but there was little wind and it remained mild.

Things seemed to be on the turn on my patch today, with a real varied mix of species recorded. The continued presence of the mixed feeding flock of SISKIN, LESSER REDPOLL, GOLDFINCH, GREENFINCH, CHAFFINCH, LINNET and YELLOWHAMMERS at the Greenhouse Grounds are a real treat for me still, but today they were not only joined by a few LONG TAILED TITS, but also a REED BUNTING, a rare sight on my patch. The female KESTREL sat up in her nest box nearby. 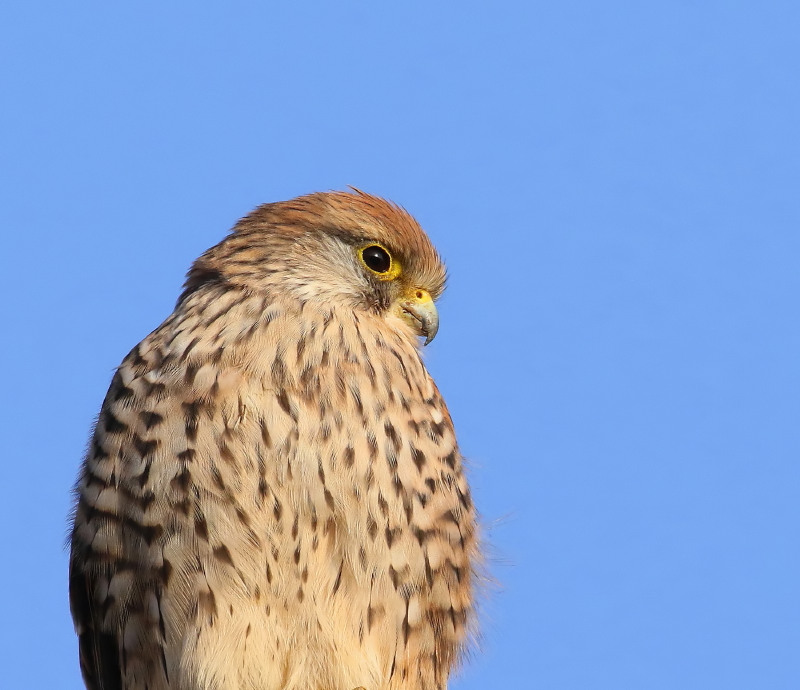 I took these shot of her a few days back 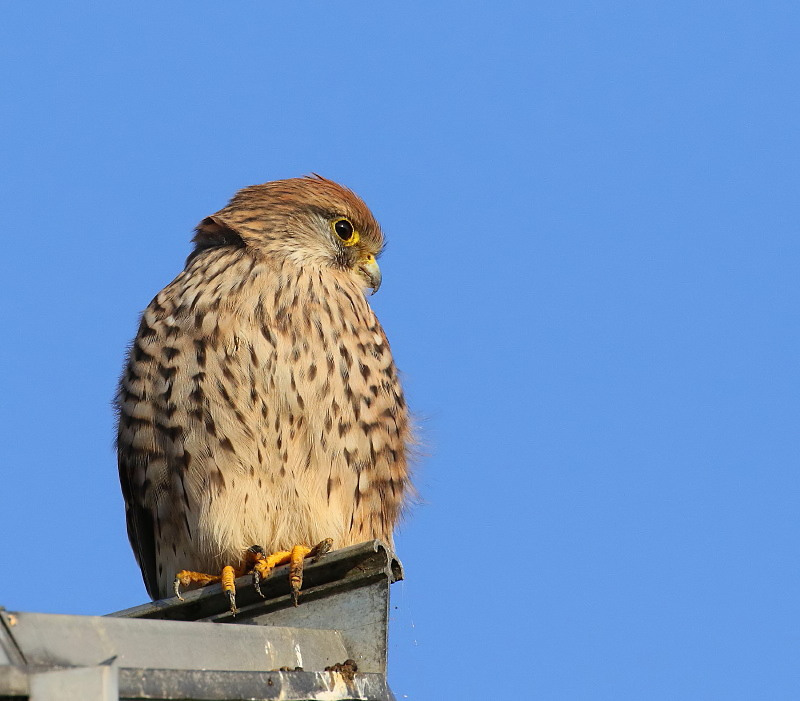 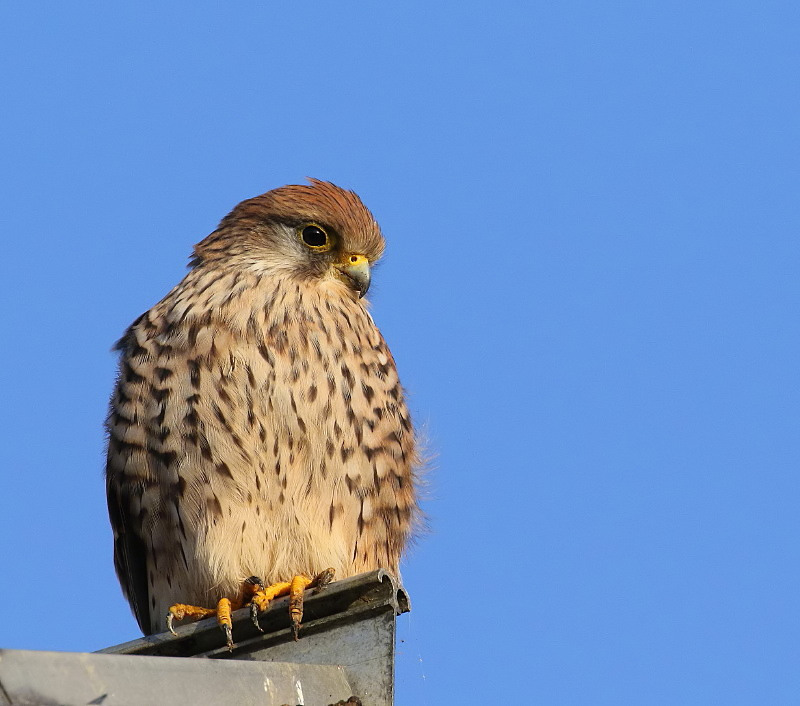 I had scan of the BLACK HEADED GULL flock on the sheep pasture at Migrant Alley, which contained around 75 birds, but nothing more exciting was with them, as I scanned through them, I saw a CORMORANT fly over, then a couple of GREAT BLACK BACKED GULLS (61) did likewise, this is another scarce species for my patch  :-)

Heading for the lakes, I saw a CHIFFCHAFF at the Ashes Lane Field, where just 2 MEADOW PIPITS were also seen, more exciting though were the pair of GOOSANDER (62) that flew low over, I watched them disappear into the distance, but I was hoping they would drop down onto the lakes, which when I arrived there, I found only the MALLARDS and MOORHEN as ever, but at least the GREY HERON and KINGFISHER were also present.

A look around the Scrubby Woods provided some nice views of a couple of male BULLFINCH, plus at least 6 GOLDCREST, a NUTHATCH and a TREECREEPER, the big female SPARROWHAWK made a low and menacing fly past, before heading off over the main lake.....look out Kingfisher!!

I made my way back home via the Small Holding area, where I recorded FIELDFARE, REDWING, MISTLETHRUSH, GREEN WOODPECKER, GREAT SPOTTED WOODPECKER and a couple of JAYS of note.

Later in the afternoon, the sun made an appearance, so I headed off over to the Greenhouse Grounds again, where I saw the GREY WAGTAIL and took a few more Redpoll photo's  :-) 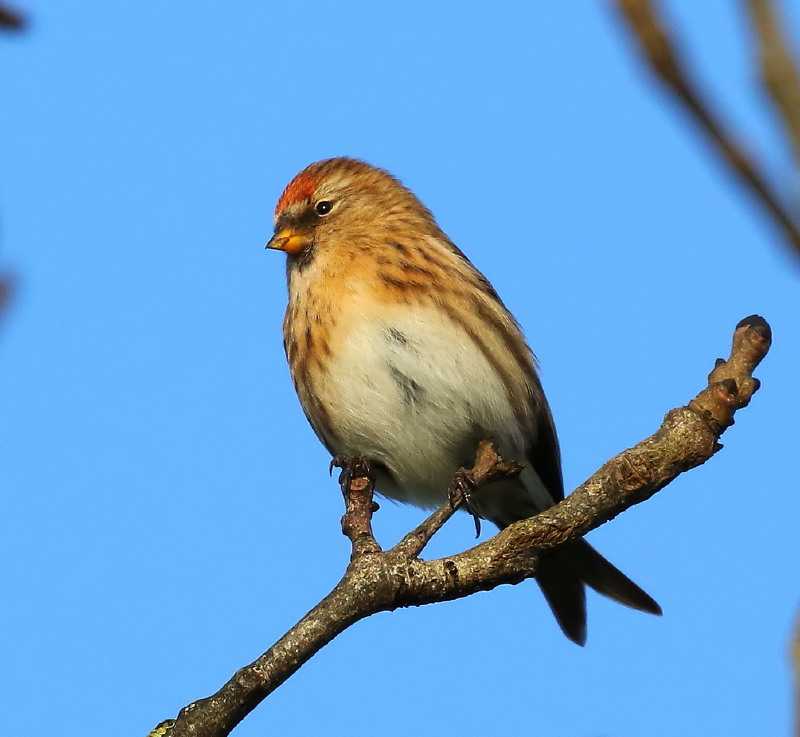 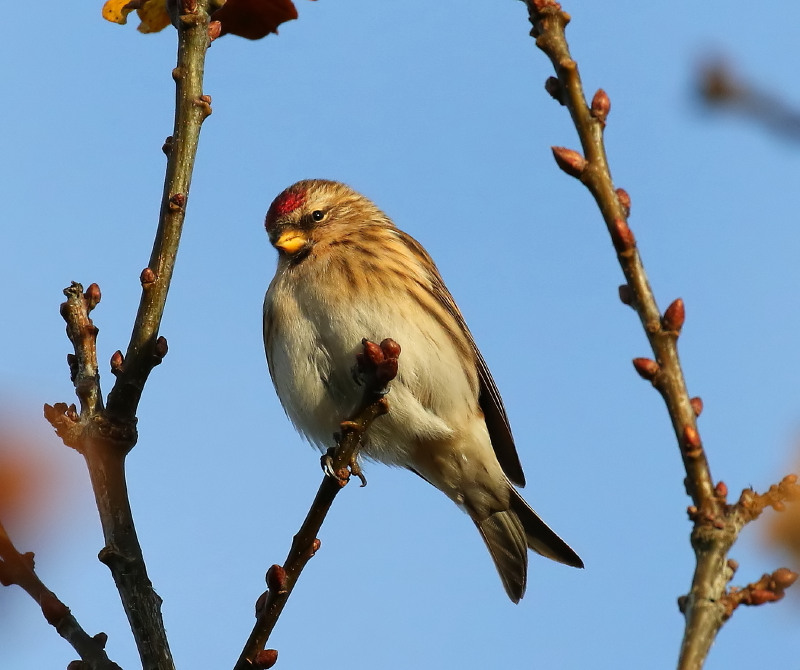 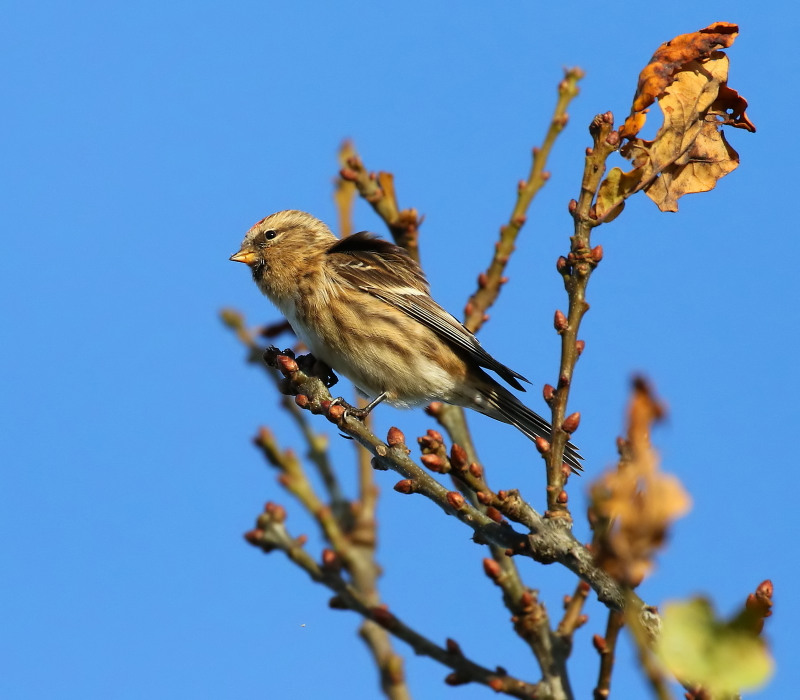 Nice Redpoll shots.
Clear skies here atm and an increasingly icy wind off the Thames Estuary a mile away.

Hopefully a few Woodcock will arrive in the next few days now this temperature has dropped off. Nice Goosander record.