At long last a proper early summers day, with wall to wall sunshine and virtually no wind  :-)

I spent 8 hours out in the field today, completing a full patch walk and spending some time Dragonfly hunting in the Scrubby Woods. A good tally of bird species were found, with two of those at last moving the months list along, the first being a RING NECKED PARAKEET (60) that was seen and heard flying over the Small Holding area, the second species was a much more exciting bird, a PEREGRINE (61) which flew over Migrant Alley during a sky watching session, which also added GREY HERON, LESSER BLACK BACKED GULL, HERRING GULL, SPARROWHAWK, and BUZZARD, the male  KESTREL was seen at the Greenhouse Grounds and made it a 'four raptor species' day  ;-)

Migrant Alley, with its associated Wooded Headland, Greenhouse Copse and Greenhouse Grounds didn't have anything of note to offer, a lone GREYLAG GOOSE was out on the sheep pasture with the usual ROOKS, JACKDAWS, CARRION CROWS and WOODPIGEONS, a few LINNETS and a couple of GOLDFINCHES were feeding in one of the paddocks, while a dozen SWALLOWS fed above them. BLACKCAP and CHIFFCHAFF sang in both the Wooded Headland and the Greenhouse Copse, the latter also had a TREECREEPER singing from it. I watched 3 WHITETHROATS chase about the Greenhouse Grounds, but nothing else was of note there.

I looked for a possible Spotted flycatcher at the far end of Ashes lane again, but none was found, so moved on to the Wet Woods and Scrubby Woods, where I found most but not all of the scarcer woodland Species, Jay and Nuthatch not being seen today. The adjacent lakes had a dozen CANADA GEESE, 2 MALLARD, 2 pairs of MOORHEN both with young, there was also a male MANDARIN DUCK present again.

My Dragonfly hunt provided me with more views of Large Red and Azure Damselflies, but I also saw the first White-legged Damselfly, an immature. Good views of a female Beautiful Demoiselle were had, and I also had a frustrating time with the downy Emerald, it was seen perched about head height on an Elder tree, but there was a dense bramble thicket between it and me just 5 meters away, I tried to get a bit closer but the Downy was off, disappearing for the rest of the visit, blast it! 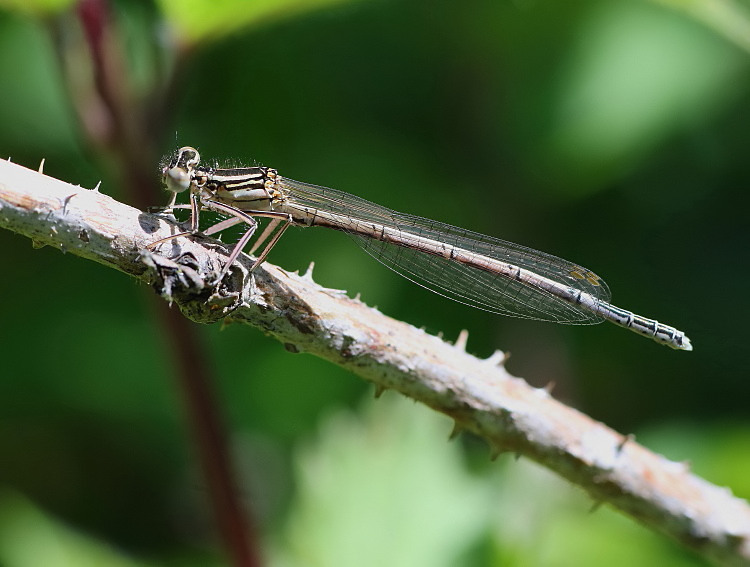 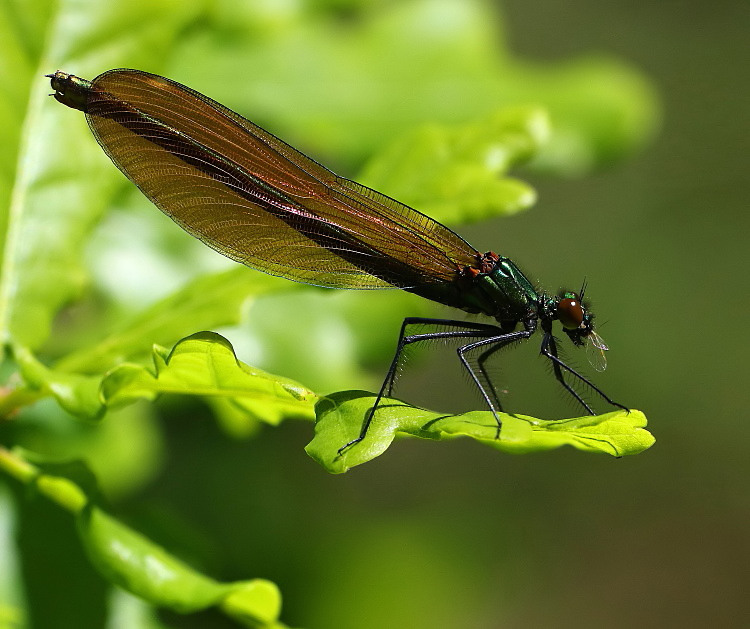 This female Beautiful Demoiselle was watched catching small flies, darting out from a perch and returning with its prey several times. 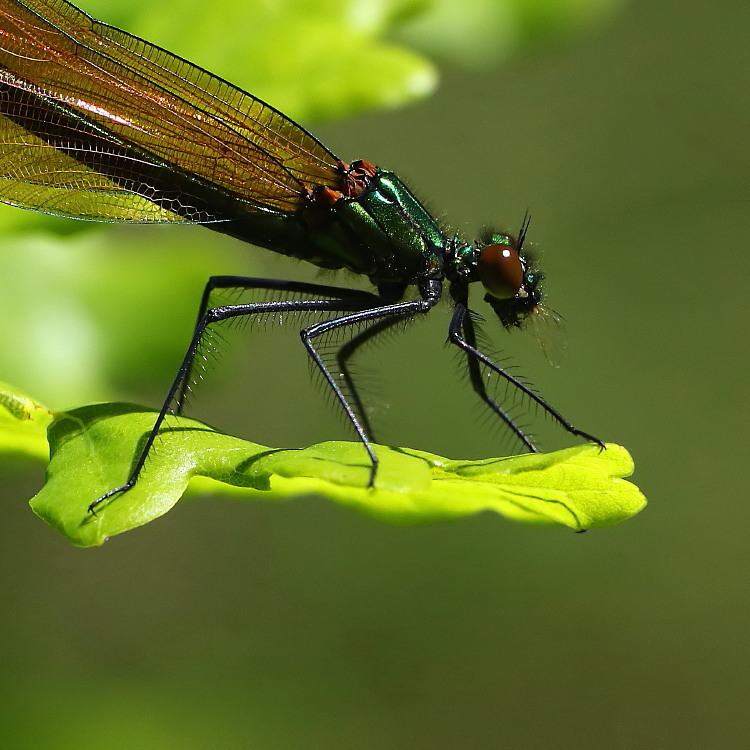 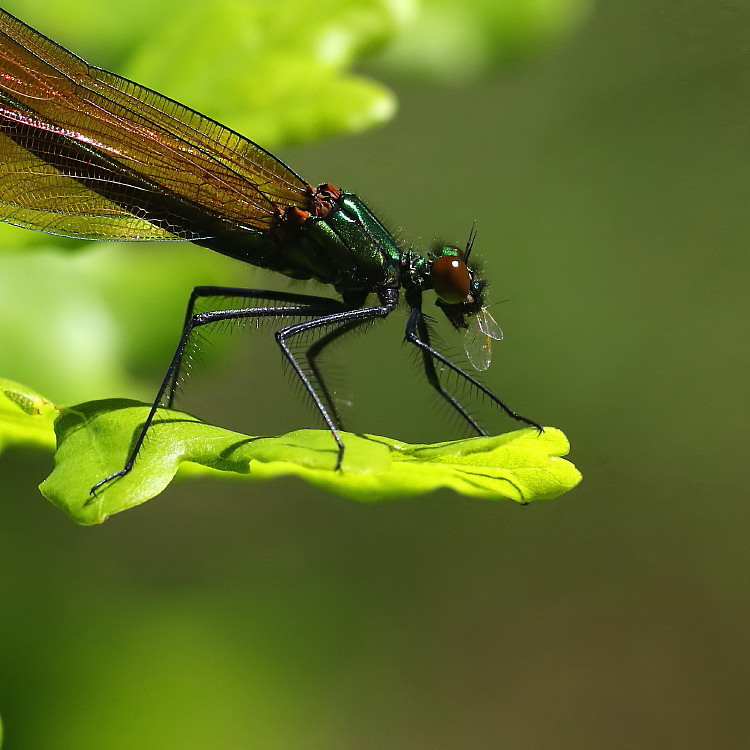 You can just make out the small fly being devoured in this close up. 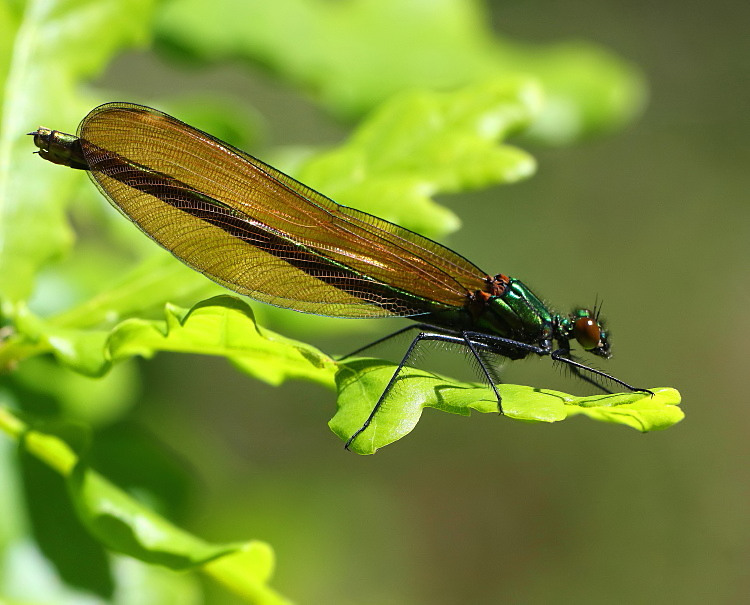 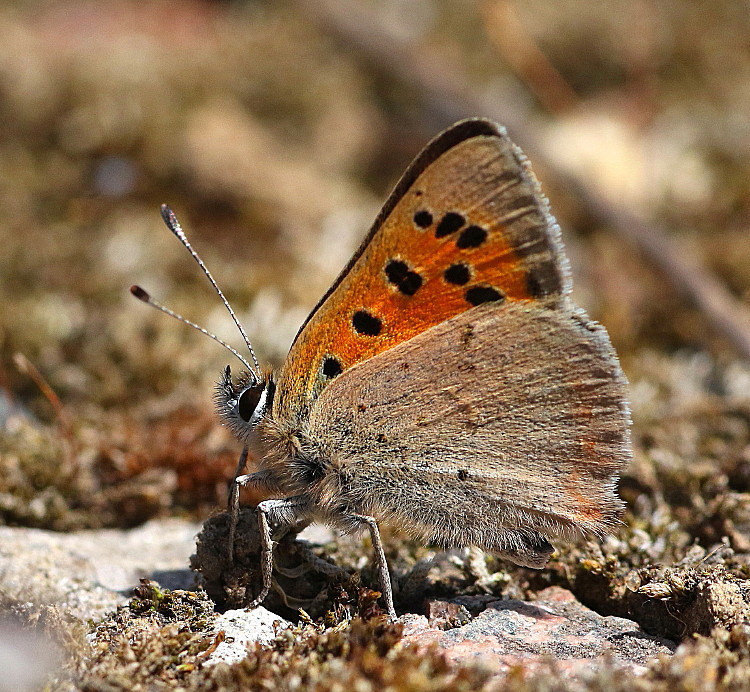 I also got a record shot of this Small Copper Butterfly which I found on the track that runs through the Ashes Lane Fields
Posted by Warren Baker at 17:27

Nice to see the White legs out and a nice set of shots today. Managed my first Scarce Chaser today. A few weeks to my visit I would say.

Marc,
I'm off to wales first two weeks of June, have to work around that ;-)