This morning was mainly cloudy, with just a few sunny intervals and light winds.

A short sky watch before heading off over to the woods provided views of the regular 3 raptor species, SPARROWHAWK, BUZZARD and KESTREL, plus there were quite a few SWIFTS about with the local SWALLOWS and a few HOUSE MARTINS flew through too. A single HERRING GULL and a single LESSER BLACK BACKED GULL were also seen, but a Black Headed Gull would have been better, not had one yet this month.

I headed off over to the Wet Woods, where I could here the young of a GREAT SPOTTED WOODPECKER calling from their nest hole, wont be long before they come out, hopefully to my garden feeders! I moved on to the Scrubby Woods and lakes, but just before arriving, I heard the call of my first SPOTTED FLYCATCHER (93,66) of the year, on the latest arrival date so far recorded. I soon tracked the call to a large Oak in an adjacent garden, I watched it for some moment before loosing it in the foliage, but whilst looking for it I saw GOLDCREST, NUTHATCH, COAL TIT and LONG TAILED TIT all foraging in the canopy.

A quick scan of the lakes was had, where I saw a GREY HERON and a drake MANDARIN DUCK of note. I then settled in to look for Odonata in the Scrubby Woods, but the weather wasn't really playing ball, I did however photograph a Common Blue Damselfly, a White-legged Damselfly and a Beautiful Demoiselle, I cant walk past the latter without taking a photo!

The TREECREEPER family were again seen, they had split up and were feeding around a Hawthorne Tree. Whilst on the subject of Treecreepers, I was saddened to see a very recently fledged one, dead and squashed in the road outside my house when I got home from my walk. I had been seeing a pair around my garden on and off over the early spring months, so I presume they must of bred in one of the ivy covered trees adjacent to my house, I couldn't locate any other fledglings around though. 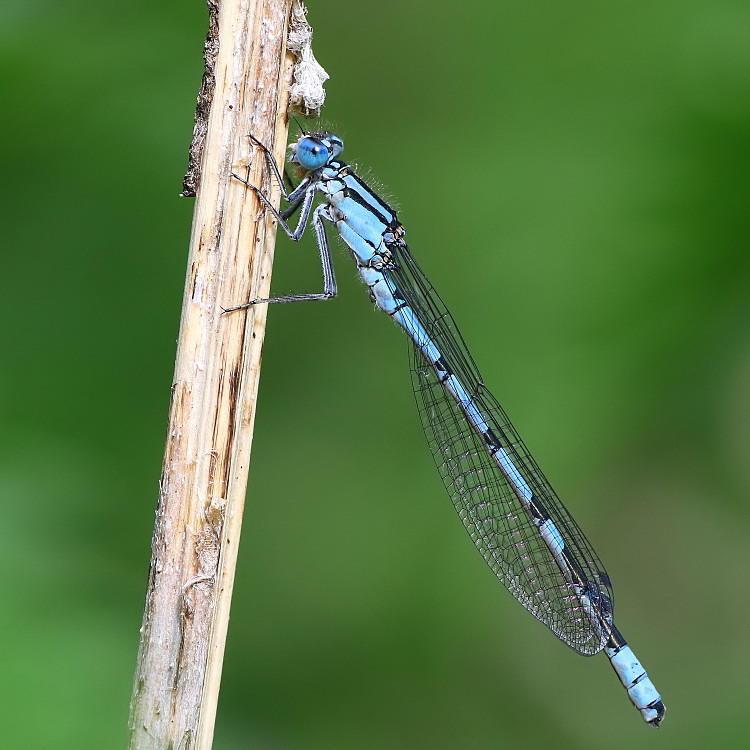 My first Common Blue Damselfly image of the year  :-) 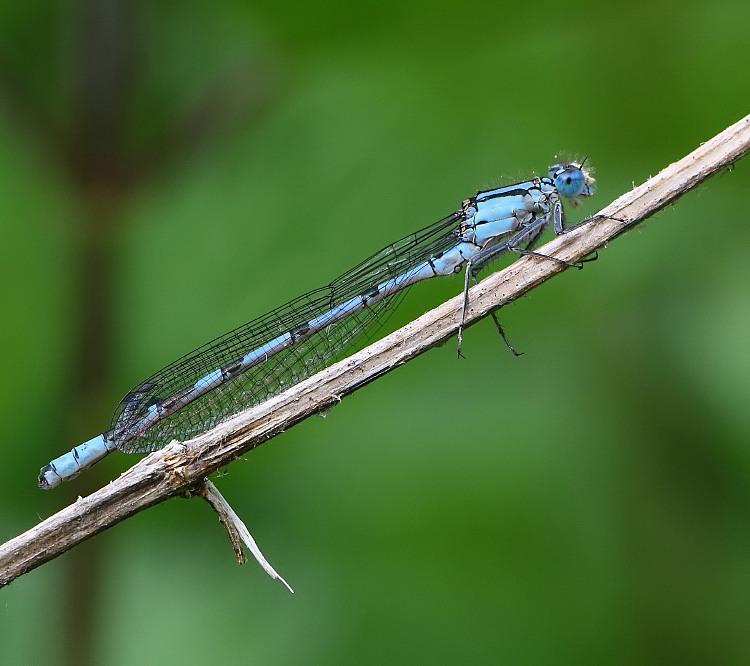 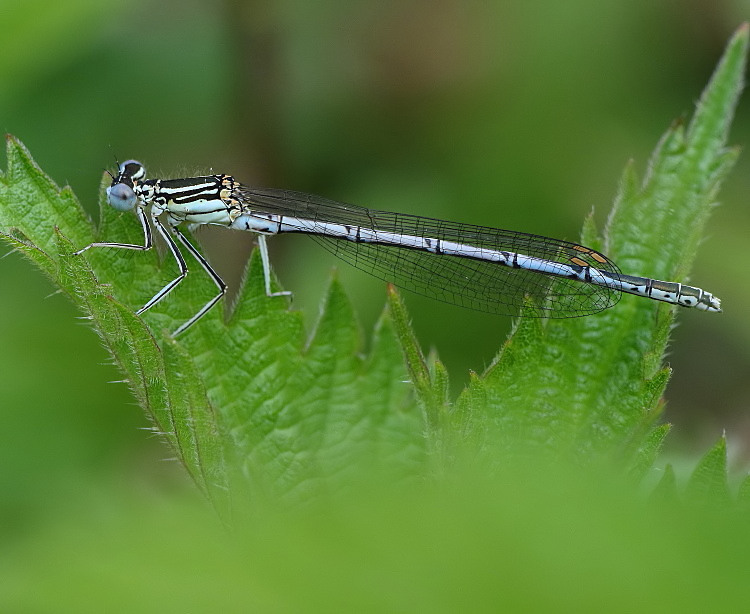 I also took a few more White-legged Damselfly images, although the light was going by then. The males are just turning that pastel blue colour. 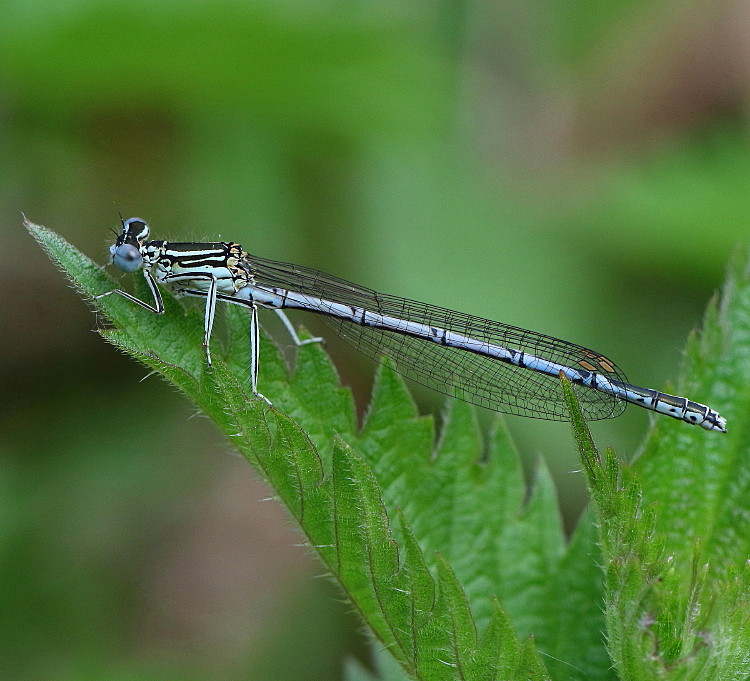 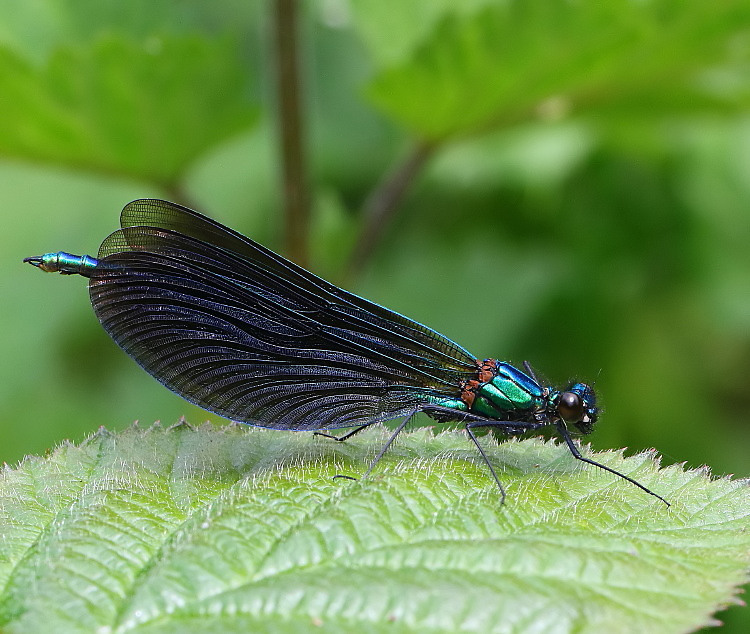 Got to have another few images of these Beautiful Demoiselles! 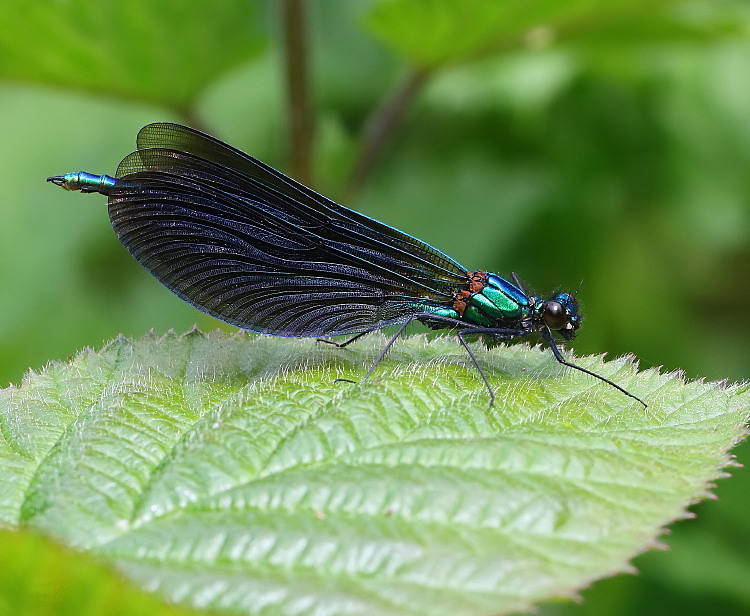 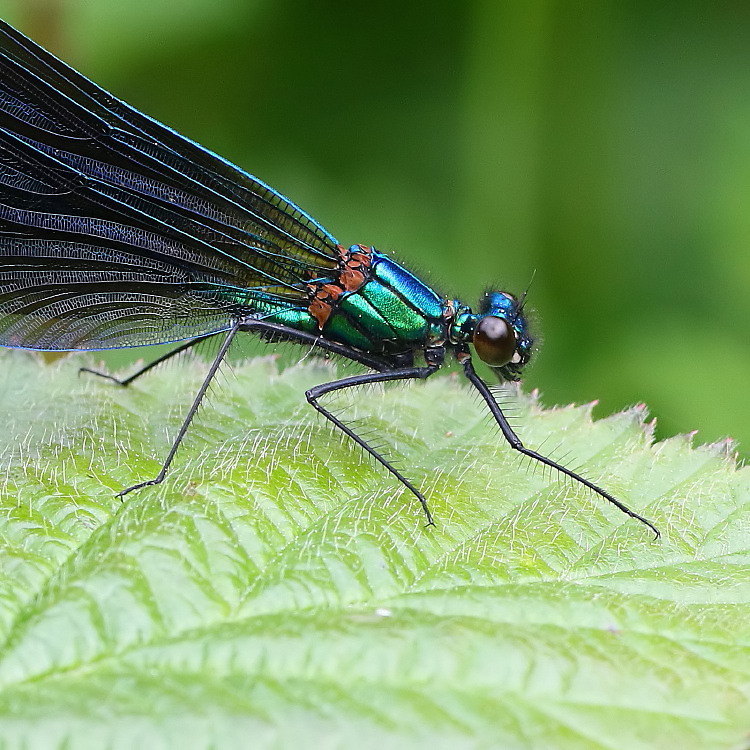 Lovely photos Warren. I will have to come down very soon before they start getting tatty.

Should still be a few nice ones about in mid June Marc ;-)

Sad about the treecreeper but there won't be many others reported to Project Splatter!