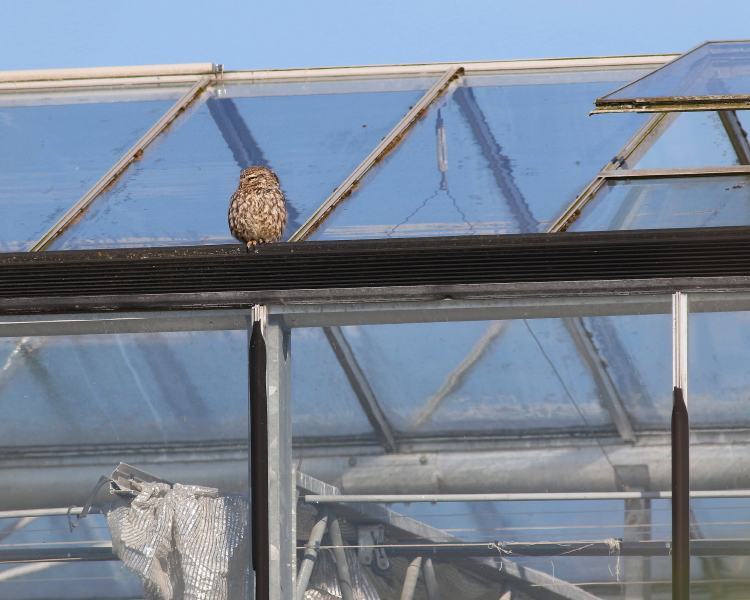 In probably the best weather so far this month, I made an early trip out around Migrant Alley this morning, taking in the Greenhouse Copse and Greenhouse Grounds as I went, the latter gave me a chance to photograph the LITTLE OWL ( albeit distantly) that hunts from one of the Greenhouses on occasions, both the KESTREL pair were also hunting over the grounds.

Out on the sheep pasture there were 25 geese, 11 of those CANADA GEESE, the rest being of course GREYLAGS, while on the adjacent paddocks there was a flock of mixed finches, about 50 strong, these were made up of LINNETS and GOLDFINCHES. A SKYLARK dropped in briefly, but the only flyover whilst I was there was from a few HERRING GULLS.

A trip over to the woods to look for Dragons was had around 09:30hrs, where I found a Four Spotted Chaser, a couple of Beautiful Demoiselles, and a few White-legged, Common Blue and Azure Damselflies, I of course had to photograph the Demoiselles, i'll save them for another post. I checked the lakes in the hope of something nice turning up, it had, but it was the male TUFTED DUCK , nice to have here, but not a tick for the month!

With the weather warming up nicely I decided to visit the run off ditch that runs along the boundary of one of the sheep fields at Migrant Alley, primarily to try and find a male Broad Bodied Chaser, as i've seen them here before, but that was two years ago, luckily the gods were on my side and I found a single male which gave me some photo's, I took lots so i'll have more to post on later blogs  :-) 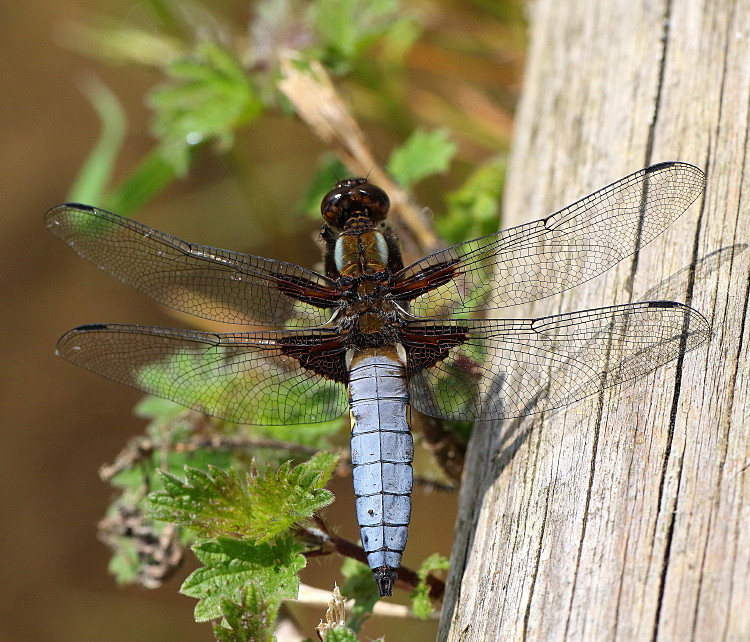 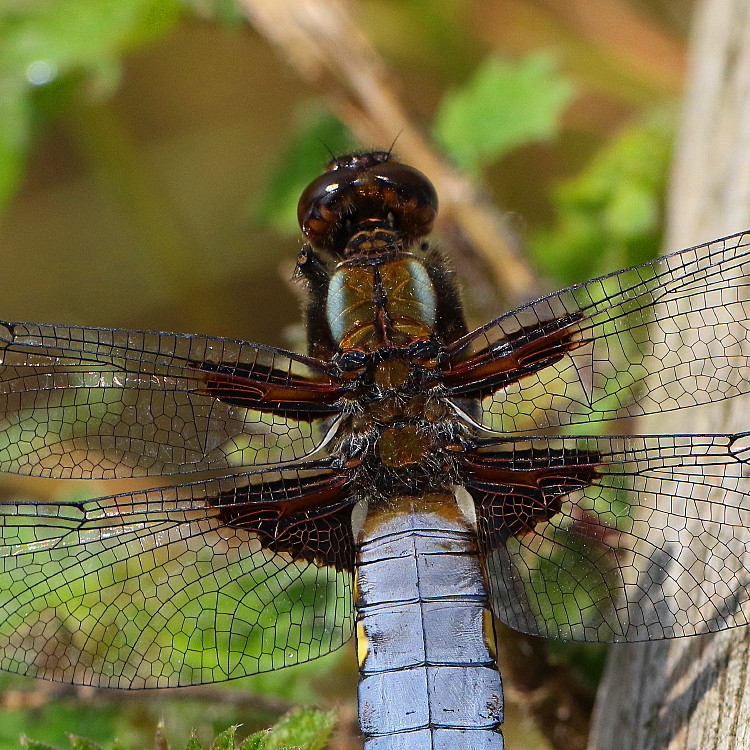 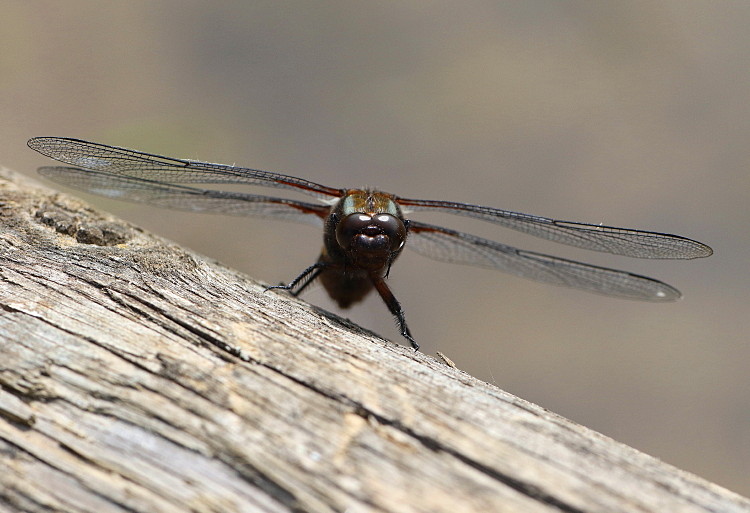 After taking my photo's I headed off home for a much needed drink, but on the way along Ashes Lane I was stopped by a car, the window wound down and in a broad northern accent the driver asked if I was the 'Pittswood Birder'  'I am indeed' I replied. Turns out he was down this neck of the woods from Northumberland,  'house sitting' and after having read my blog wanted to know where he could get some Dragonfly images, so I was back out once again showing him, we found a few species, and he got his fill of photo's, while I found the first fledgling BLUE TITS of the year  :-)  Nice to meet you John  :-)
Posted by Warren Baker at 16:54

Marc,
I released the Owl from the string, so couldn't get so close :-) LoL

"Aye, it was canny bunpin inta yee in awl, bonny lad" he replies in that broad northern accent. LOLOL
And thank you for my first Beautiful Damoiselle Warren. Oh, and thanks also for taking the time out and showing me around Pitts Wood.
John

Warren you should have asked him how he found your blog ;)John comes up to my moth nights here at Howick and even twitched my Deaths Head! Small world....