Today I had a 3 hour patch visit from 06:30hrs, in some clear but cool conditions, by the end of the visit cloud had built up and the wind had increased, bring some light showers.

As yesterday, I found nothing new for the month or year birding lists and there was little to inspire me to stay out a bit longer. The best of what I saw today were.............Flyovers from GREY HERON, HERRING GULL, LESSER BLACK BACKED GULL and a few SWIFTS that had strayed over my patch from a much bigger gathering further south, where there seemed to 100+ moving westwards.

There were 3 GREYLAG and 5 CANADA GEESE on one of the paddocks at Migrant Alley, while the nearby Greenhouse Grounds had a LITTLE OWL perched on one of the greenhouses, the WHITETHROATS that have set up territory here, were much quieter than of late.

Crossing the Ashes Lane Field I saw another 2 Canada geese on the silage fields, where I was fed up to see that not only had the grass been sprayed with weed killer last week, but all the places where the tractor couldn't reach had been done as well, the little places that were left for the Butterflies and insects as well as nesting birds, were all wilting and shriveling up. I can see that my interest in my Pittswood patch will start to dwindle at this rate, after 14 years I may just call it a day at the 15th anniversary, we shall see :-(

I had a quick look around the Wet Woods, where I heard a TREECREEPER singing, then visited the Scrubby Woods, here I saw the first young STARLINGS of the year, as well as two recently fledged WOODPIGEONS, bringing the successfully bred list up to 13 so far.

I had a short sky watch back over at Migrant Alley for 40 minutes, seeing 3 BUZZARDS up hunting, sometimes hanging on the breeze, the male KESTREL made a better job of that! A SPARROWHAWK drifted over, nothing else of any note was seen though. The female KESTREL was on the Greenhouses as I walked home, first time I've seen her for a while, maybe she has young in the nest box now?

My plan was to go over to the Scrubby Woods later this afternoon, to look for Dragonflies and Butterflies, but it never warmed up enough and only short spells of sunshine were had, so I scrubbed that idea, instead I took some garden photo's of the birds that are visiting my feeders  :-) 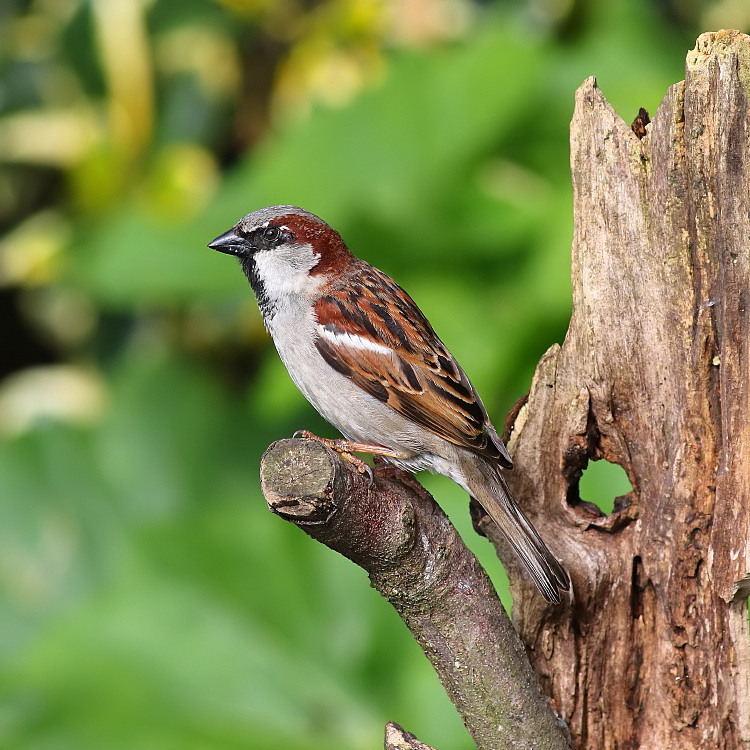 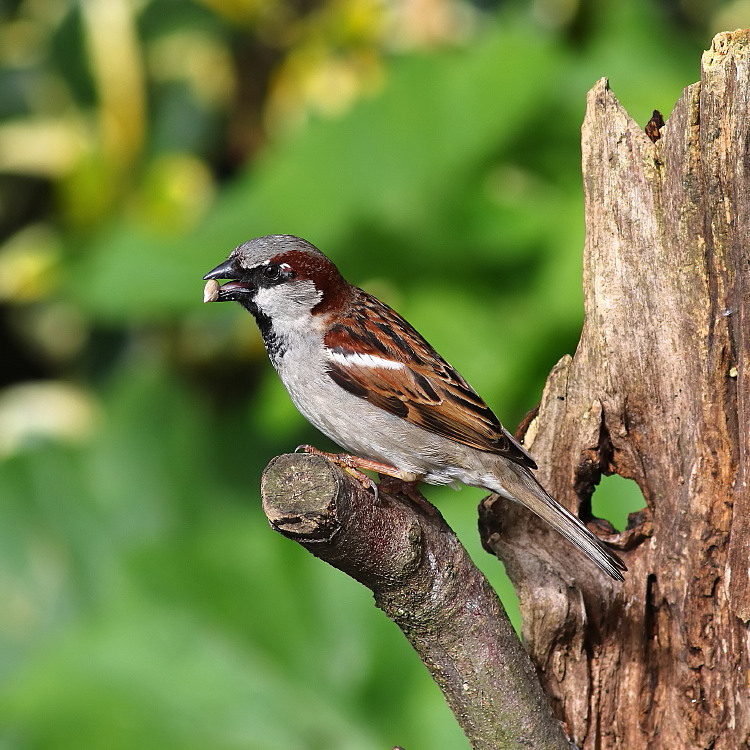 The HOUSE SPARROW is a less frequent visitor now-a-days 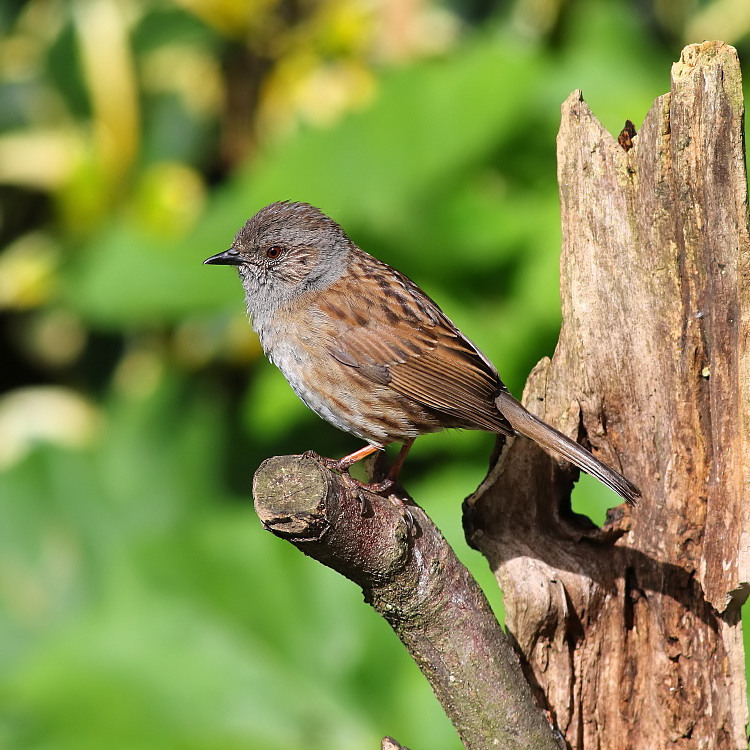 This DUNNOCK flew in to take the House Sparrows perch 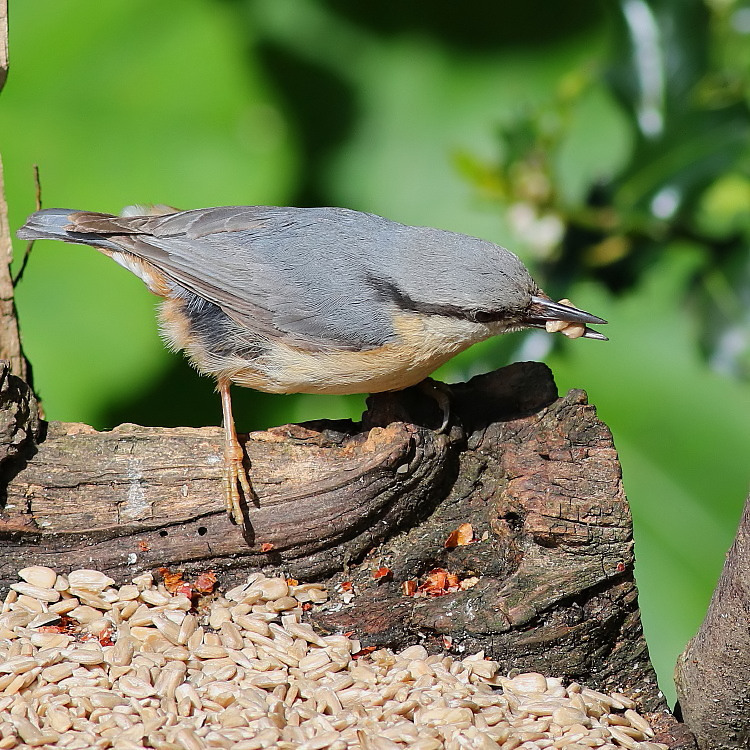 A NUTHATCH has returned to take the Sunflower hearts, after a month away, it just came in once, very quickly, then went again with a bill full of seeds  :-) 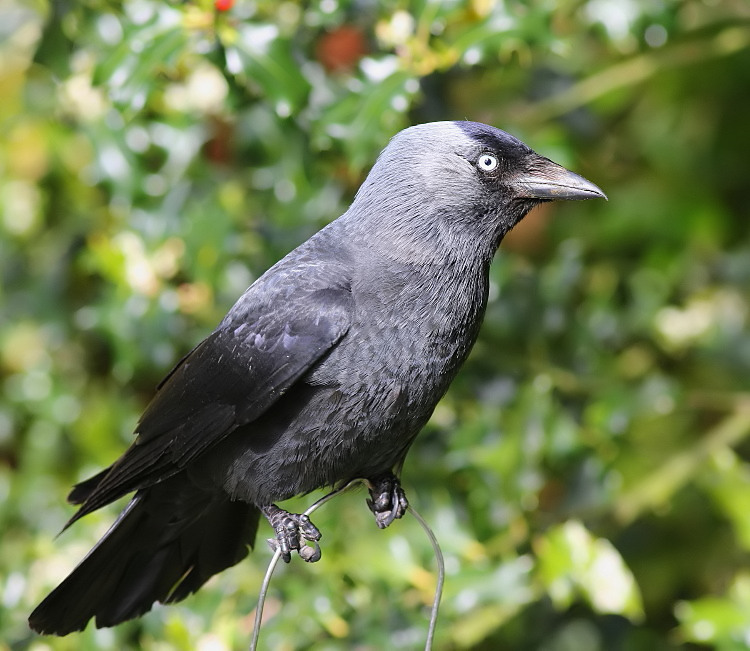 A couple of JACKDAWS are raiding the suet blocks I put out for the Starlings, they are feeding young in next doors chimney pot. 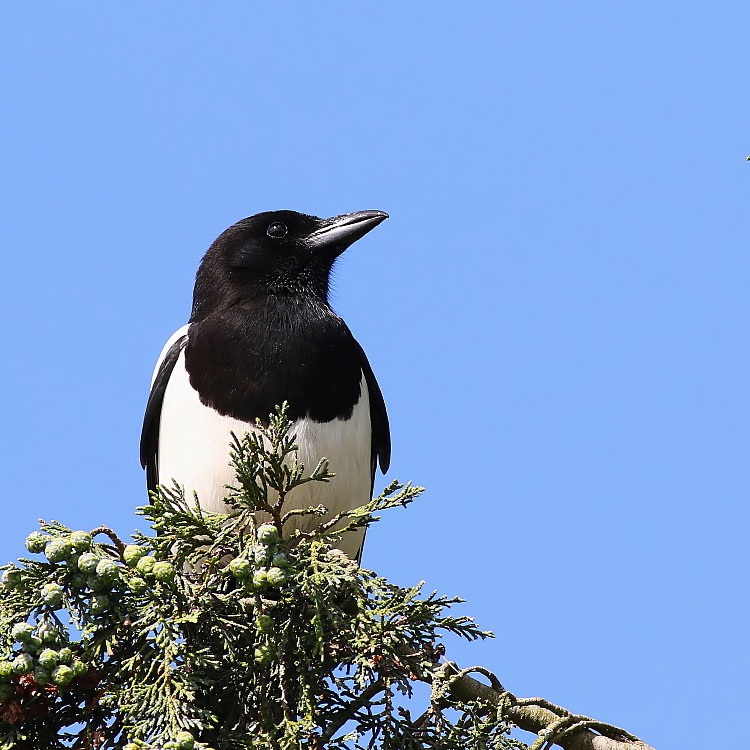 The local MAGPIE swoops in every few minutes, scaring everything away from the food, as far as he is concerned its his territory so it's his food, this will carry on until his young have fledged, then calm will resume at the feeders  :-)

Hi Warren,
Thanks for your sweet comment on my blog :)
Your bird photos are superb and very sharp, such a pleasure to admire!
Funny that I had only once a sparrow this winter for the very first time ever at my feeder...
I see Jackdaws only on bell towers in town, never in my neck of the woods!
I see you still feed your garden birds, I am starting to regret to have put my feeder away with this awful spring, passerine birds must have great difficulties raising their offspring.
Keep well and enjoy what's left of the week!

I feed the birds all year round Noushka, it's not just the weather that puts them under pressure, but our modern farming practices :-(

In answering Noushka Warren, you forgot to mention the toll that birds such as Magpies take on farmland and garden birds. I unfortunately have a Magpie's nest two gardens away and all I get each day is the distress calls of Blackbirds etc. as the Magpies raid their nests for chicks and eggs. I've tried to remove the Magpies permanently but it's difficult in residential area where people are happy to see Blackbird chicks being snatched from their nests.

Derek,
Sometimes it's not nice to witness nature 'red in tooth and claw'

Blackbirds are not on the list of ''species for concern'' so obviously the magpies aren't having an effect on their numbers. Nor for that matter are, Sparrowhawks, Cats, Foxes, Weasels, Stoats and all the rest of those nasty predators.
How on earth can this be so ? All those predators and still the Blackbirds numbers remain stable...........

FUCKING FARMERS AND FUCKING USELESS UNCARING FUCKING LANDOWNERS ARE TO BLAME FOR THE DECLINING WILDLIFE NOT MAGPIES!!

Sorry Warren but I prefer to hear the Dawn Chorus each morning not feed predators with the birds that do the singing.
On the whole, farmers maintain more countryside for the benefit of wildlife then probably all the conservation bodies put together. It's just unfortunate that most of them are also expected to produce food to feed us with and therefore some fields can't be allowed to simply grow the weeds and wild flowers that you so delight in.
I could understand it if the photos that you publish of your patch showed a fairly barren wasteland of ploughed fields but they don't, they always look quite stunning with trees, hedges and all manner of wildlife that you regularly photograph.

It can be hard work birding at times, and until the summer finally arrives - if it ever does - things won't improve, but knowing you as we do I know you aren't about to give up.

I THINK DEREK WILL HAVE GOT THE HANG OF WHAT YOU RIGHTLY SAID ABOUT THE BLAME FOR DECLINING WILDLIFE.

Peter,
At 68 years of age, 50 of them being involved in many aspects of countryside management and 30 of them as a Vol. Warden of a nature reserve surrounded by intensive farming, I don't have to wait until the end of summer to learn what Warren is trying to say. It's pretty clear that he doesn't like farmers and blames them for much of what is wrong in the countryside, despite the fact that many win conservation awards each year and many have more wildlife on their land than some nature reserves.
It's clear from your regular comments to Warren's postings that you appear to hang on his every word but for both of you to take such a generic view of farmers is wrong, without them and their land wildlife would be in a far sorrier state.

Derek,
68 years old, that would explain why you hang on to the old Victorian attitude towards the countryside.
'
I never said ''ALL'' Farmers are to blame, or indeed landowners, but the ones here are more responsible for wiping out wildlife than any predator I know of.

If I took before and after photo's of the destruction here, you too would weep! I try to edit and crop the worst bits out!