Early sunny intervals disappeared as a front went through, thereafter the afternoon became sunny, but the price for that was a stiff breeze!

With the passage migrant birds now all but gone through and the local breeding migrant birds all having arrived, except maybe for the Spotted flycatcher, which I still hope may turn up yet, there is not much happening on my patch at the moment. I still hope to add a few more species to the months list, they will more than likely be fly overs, but I might also just get a late Reed Warbler pass through.

I spent 4 hours out this morning, visiting Migrant Alley first off, where there were plenty of ROOKS busying themselves on the sheep pasture collecting food for their young, which should fledge any day now. A flock of a dozen LINNETS fed on the Dandelion seed heads in one of the paddocks, where there was also a small gathering of 15 STARLINGS collecting food for their fledglings too. I had a sky watch after walking a circuit of the fields and paddocks, but little flew over of note, just 2 LESSER BLACK BACKED GULLS, 6 HERRING GULLS, a YELLOWHAMMER, 2 HOUSE MARTIN and 2 SWIFTS, plus I was glad to see the male KESTREL back hunting around the Greenhouse Grounds, it was brought to my attention by a scolding WHITETHROAT pair  :-)

A visit to the last known spotted flycatcher territory at the far end of Ashes Lane only produced a NUTHATCH, then a walk through the Wet Woods gave me another bird for the ''Successfully bred'' list when a newly fledged DUNNOCK was seen being fed by a parent. A BUZZARD flew from a large Oak tree as I walked past, for a big bird it hardly made a sound!

Very few birds were around the Scrubby Woods, CHIFFCHAFF, BLACKCAP, GREAT SPOTTED WOODPECKER, GREEN WOODPECKER, MISTLETHRUSH, BULLFINCH, GOLDCREST, LONG TAILED TIT and STOCK DOVE were about the best of it. A male MANDARIN DUCK was on the main lake, along with 4 CANADA GEESE and 2 GREYLAG GEESE, nothing at all was on the other two smaller  lakes.

After the weather front moved through, which only brought a few spots of rain, I spent a couple of hours back over in the Scrubby Woods hoping for some Dragonfly action, but only a single Beautiful demoiselle, 2 Large Red and 2 Azure Blue Damselflies were found, all of which successfully avoided having their photo taken!

On the way home I walked along the outside of the Wet Woods, where I was pleased to see the Downy Emerald Dragonfly again, but it too refused to pose for the camera, I also found my first Small Copper Butterfly, plus a dozen more Azure Blue Damsels and another Beautiful Demoiselle, the Azures did at least give me a photo this time! Crossing the Ashes lane fields I noticed that the the only non intensified field there, had obviously been sprayed, all the wildflowers were drooping and their leaves withering, bloody landowners here want their fields looking like the lawns of a stately home, idiots! 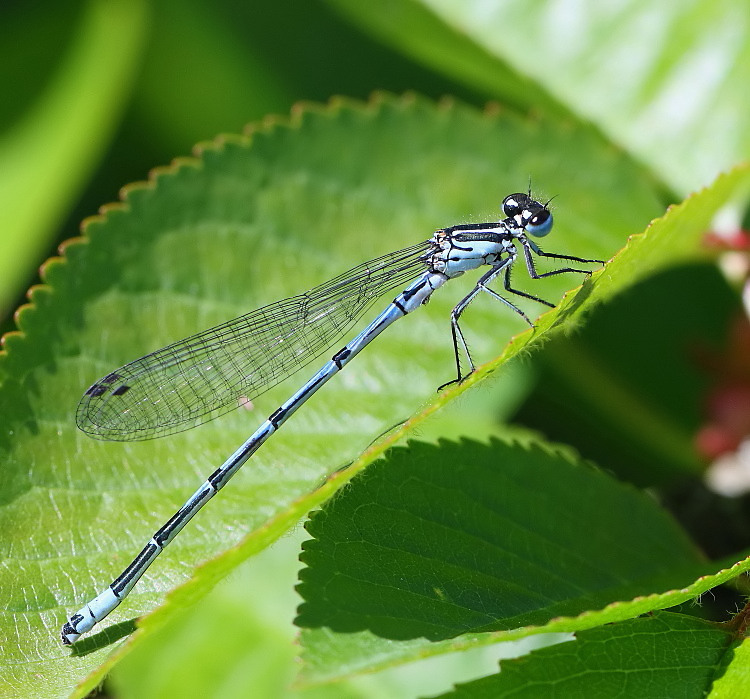 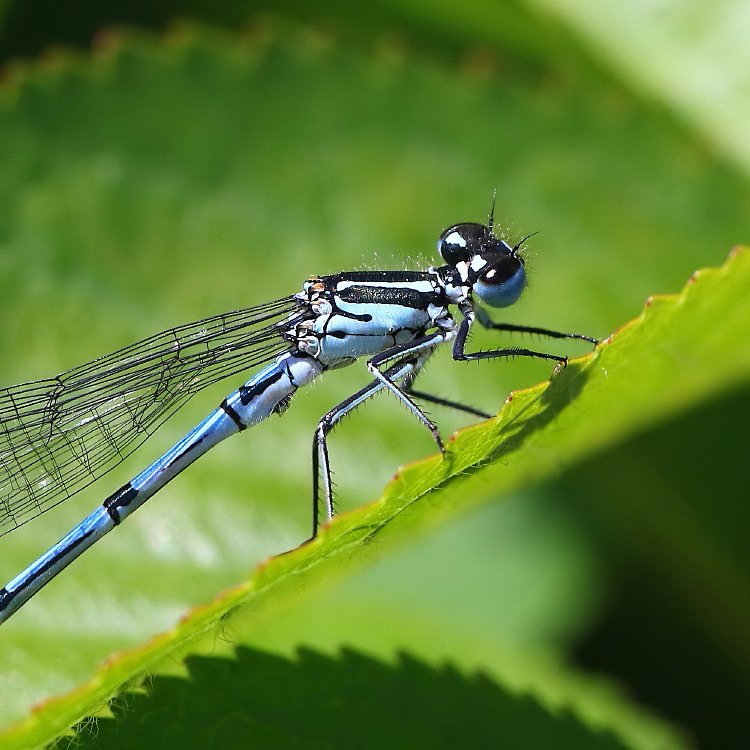 When I arrived home I saw this Large Red Damselfly on one of my flower pots  :-) 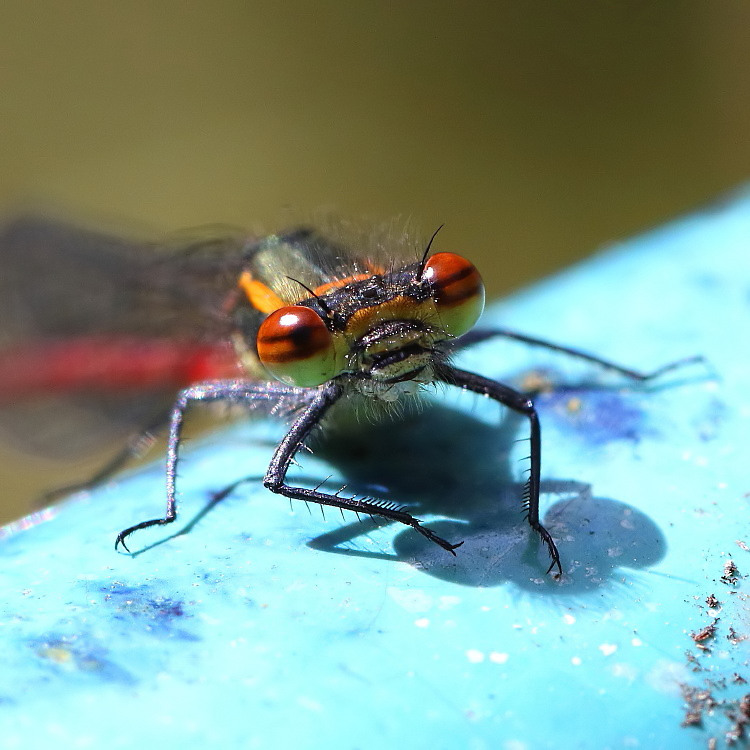 Warren, do you ever ask your neighbouring farmers why they sometimes do what they do. It's something that I often try to do and sometimes the answers when they're given, do seem reasonable. Often it's something that has been forced upon them in order to maintain their subsidies, by the likes of those that authorise them, such as Natural England. Often something that in the short term looks quite bad to you and I, might over a longer period have a beneficial effect.
Have a chat with the guy and you might find that he's doing it for a good reason and not simply because he doesn't like wild flowers.

Derek,
I can see where you are coming from,
A good idea, so good in fact, I had already thought of it. Last year the same field had a pair of Skylarks nesting on it, so i approached the owner of said field and let them know. Oh they said, I'll not cut it till October then. two weeks later it was cut!

Ive approached most of the land owners here, only one has a wildlife friendly attitude, the others tell you one thing to your face and then do the opposite, they are lying bastards!

These people aren't farmers, there are no subsidies, they own the fields, which they keep spic and span for the day when they can get planning permission on them. Why not in the mean time leave them wildlife friendly ? Because they cant be bothered is easier to cut, fertilise and spray them :-(

Thanks Mike,
Lets hope for some more of that sunshine :-)

OK Warren, if I don't ask the question I won't get the question.
Fortunately, where I do my watching, the acreage owned by the two dominant farmers is so large that they can still leave plenty of areas for wildlife, or even still create more.
Despite still allowing fox hunting and hare hunting on their land, on the whole they're pretty good when it comes down to maintaining habitat for wildlife.

Sorry, the second "question" should of course be "answer"

People can be such idiots when it comes to preserving wildlife, Warren! Here, in our "front yard" they have just passed legislation to allow exploratory drilling for oil in the second largest barrier reef in the world. It boggles the mind.

But your photos today are wonderful. I love how the large red damsel is saying "hello there" to you. Great stuff; get it while you can.