There was high cloud this morning, with some bright intervals occasionally appearing, but it felt much warmer than of late despite the breeze.

I carried out a full patch walk, managing a pretty low tally of 44 species, with the likes of Nuthatch, Greylag Goose, Bullfinch, and Jay somehow not being seen today. Once again nothing was added to the May list or the year list, both have stagnated a bit now, the year list on 92 and the May list on an incredibly low 59, which is so far the lowest May tally ever, ok its only the 11th, but It doesn't look too good!

Positive points today were the finding of the first MOORHEN chicks on the lakes, where a GREY HERON was fishing from the bank, and the first newly fledged CHAFFINCH in the Wet Woods, the 'successfully bred' list moves on to 7 species.

The WHITETHROATS at the Greenhouse Grounds appear to have found mates, plus the CHIFFCHAFFS and BLACKCAPS are carrying food for young in the Scrubby Woods. The TURTLE DOVE was also heard 'purring' in the Scrubby Woods, fingers crossed that against the odds it can attract a mate and breed.

I didn't see any sign of the KESTREL pair at the greenhouse Grounds today, very unusual, a male bird was seen at the far end of Ashes Lane, that may of been one of them. Two BUZZARDS flew out of the Wet Woods, but that was it for the raptors today.

This afternoon, in some warm, sunny spells, I went back to the Scrubby Woods to try and photograph some Butterflies and Dragonflies, I failed on the latter, as few were seen, just a couple of immature Azure Blue Damsels, a Large Red Damsel, and a brief glimpse of a Beautiful Demoiselle. There were a few butterfly species about though, only in ones and two's however, these were :-  Small White, Large White, Green Veined White, Comma, Peacock, Small Tortoiseshell, Red Admiral, (which was my first this month) Holly Blue, Brimstone, Orange Tip and Speckled Wood. 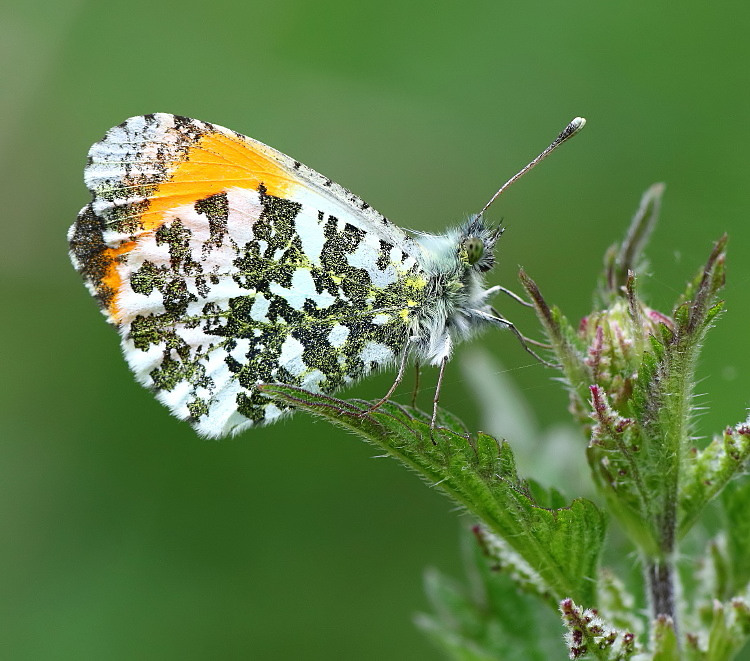 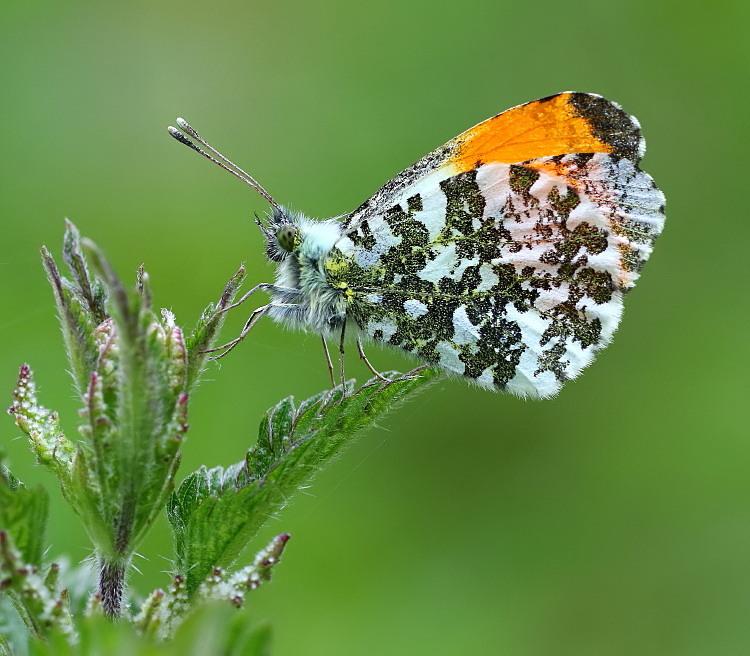 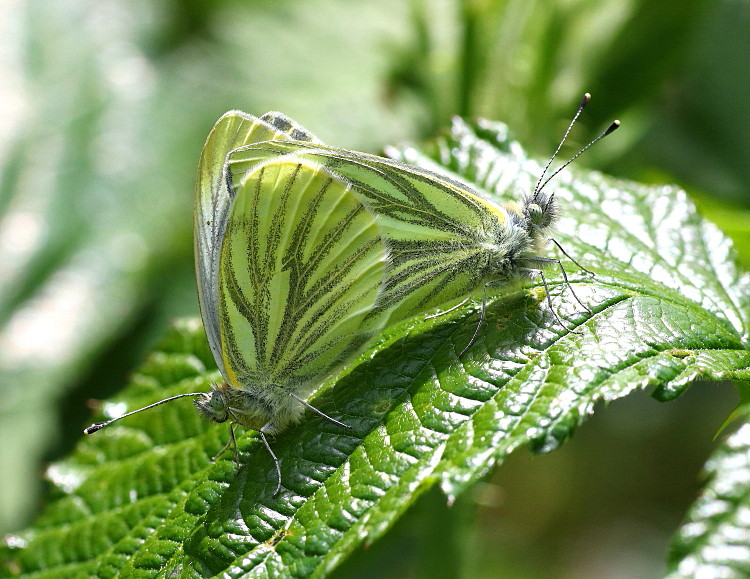 Now that's how I like to see an orange tip! And the green-veined whites aren't to shabby either!