Early sunshine this morning gradually gave way to cloudy skies, while a moderate SW breeze took the edge of the temperature.

A six hour, full patch walk ended up with me recording exactly 50 species, 5 of those were new to the months list, with flyovers from SAND MARTIN (51),  HOUSE MARTIN (52) and CORMORANT (53), plus the expected TREECREEPER (54) and NUTHATCH (55) that showed up in the Wet Woods and Scrubby Woods respectively, the latter habitat also having CHIFFCHAFF, BLACKCAP, LONG TAILED TIT, GOLDCREST, BULLFINCH, GREEN and GREAT SPOTTED WOODPECKER, JAY, STOCK DOVE and SONGTHRUSH all turning out, the only omission was the Coal Tit. 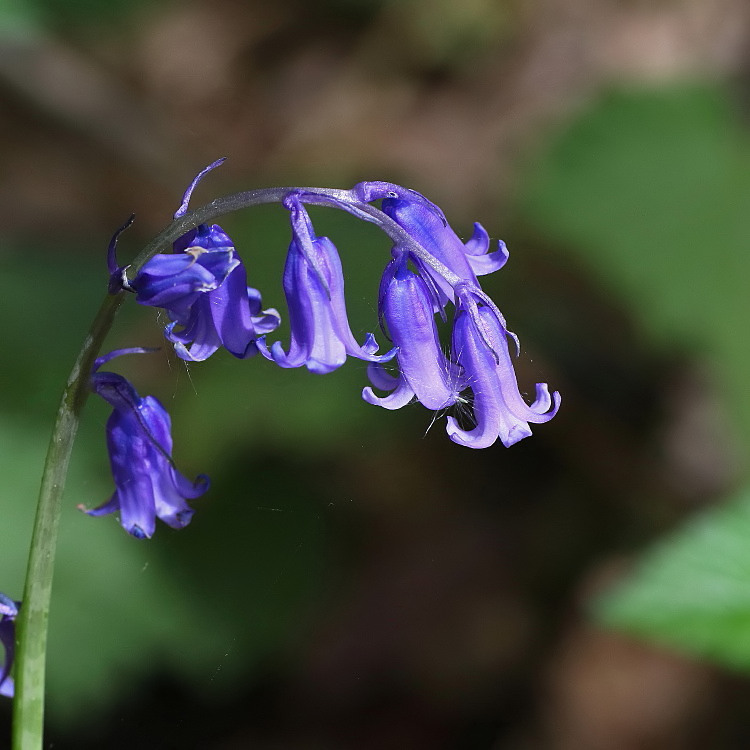 Bluebell from the Wet Woods

The only notable occurrence at the lakes was the observance of 5 newly hatched CANADA GEESE, only the second species so far this year to have successfully bred on my patch. 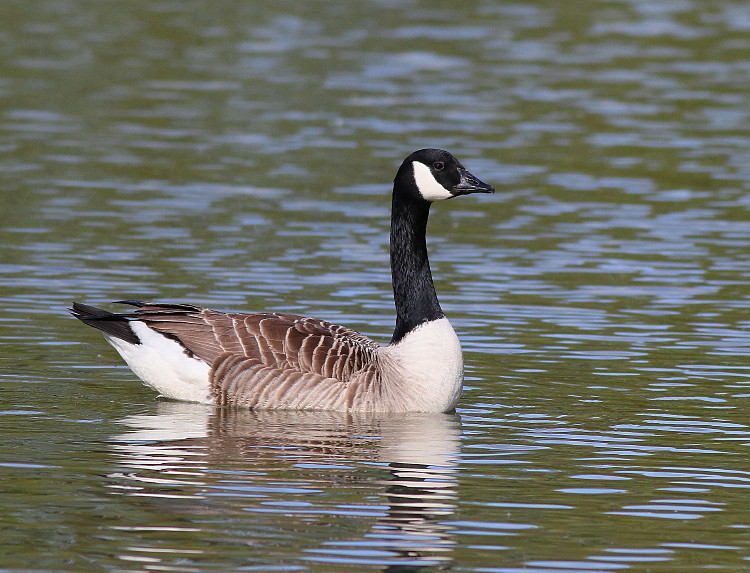 Canada Goose- the Goslings were too far out to photograph  :-(

There was a pair of BUZZARDS at the Ashes Lane Fields, where 2 GREYLAG GEESE were grazing the sheep pasture and a pair of MISTLETHRUSHES fed nearby.

At least five male WHITETHROATS are now singing, three around the Greenhouse Grounds, one at the Greenhouse Copse, where the LITTLE OWL was again seen, and another at the Pub Field hedgerow, there was no sign of any Lesser Whitethroats today though.

A 90 minute sky watch from my seat at Migrant Alley provided me with the already mentioned Cormorant, House Martin and Sand Martin, but I also recorded 3 SWIFTS, 2 SPARROWHAWKS, 3 more ( or the same?) Buzzards, 2 PIED WAGTAILS, a YELLOWHAMMER, plus the local KESTREL pair and local SWALLOWS.

A quick visit to the Scrubby woods late morning to look for Butterflies and Dragonflies was unsuccessful on the latter, but I did find Orange Tip, Speckled Wood, Small White, Green Veined White, Peacock, Comma and Holly Blue Butterflies.

On returning home I did eventually catch up with the only damselfly species seen so far this year, the Large Red Damselfly, 4 of which were found around my garden mini ponds, obviously I know how to create favourable conditions! 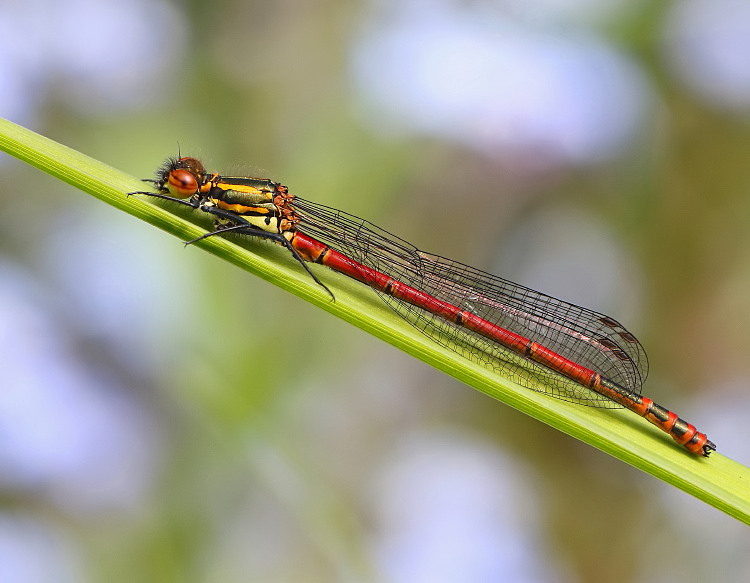 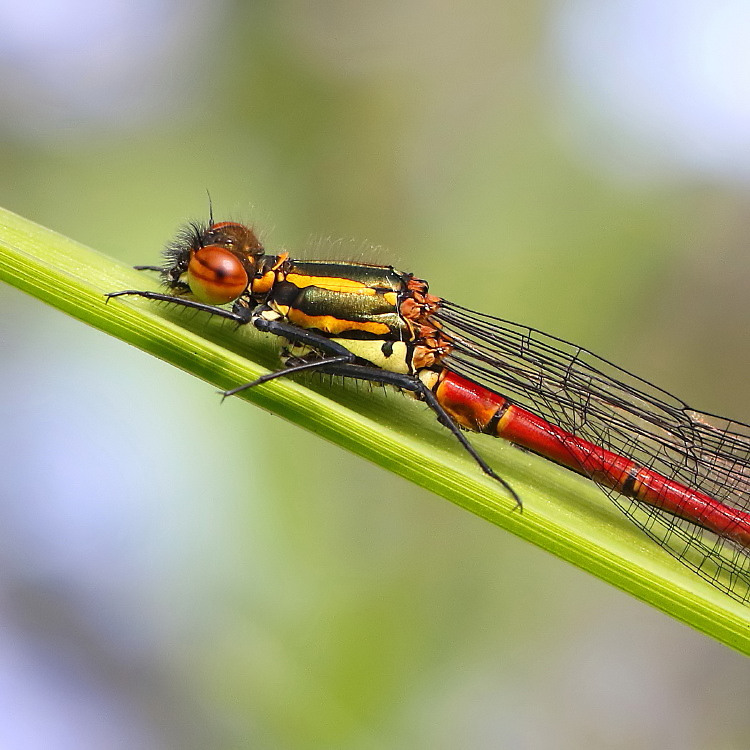 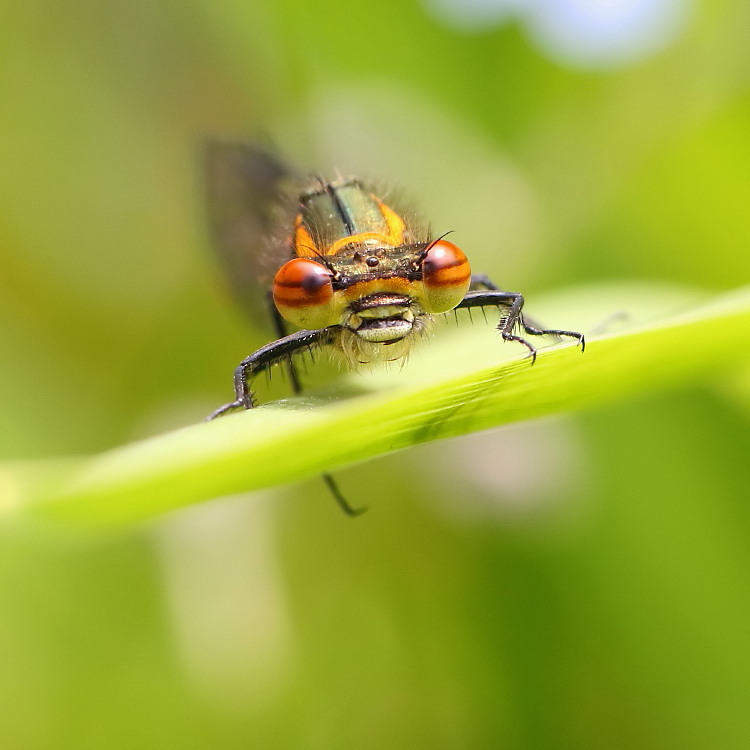 AHA!!!
Your Red damselfly photos are fantastically sharp!
Would you eventually publish them on Dragonfly World? It would be an honour :)
A beautiful post Warren, with the Canada goose, so rare here.
Enjoy your evening!

Quality odo shots Waren. Looks like that camera and lens combo is going to produce some nice work.

Marc,
All we need is some calm, balmy, warm days!!!

And the weather....Up here in't north I doubt if I'll get out before Thursday at the earliest if the forecast I just saw is anything to believe.

What a face! Terrific images.