Having arrived safely in Wales, some 4 hours before we could get into our cottage, there was plenty of time to do some birding. We first headed to Brechfa Pool Nature Reserve, finding the likes of COOT, MALLARD, and BLACK HEADED GULL on the water, while overhead, SKYLARKS and MEADOW PIPITS displayed, plus, a RED KITE and a couple of BUZZARDS circled over. A REDSTART was seen, the first of many I suspect, and single of both LAPWING and CURLEW were feeding on the bankside.

The next place visited was a small nature reserve called Erwood, where many WILLOW WARBLERS were heard singing,as well as COAL TIT, GOLDCREST, GARDEN WARBLER and CHIFFCHAFF. More interesting birds seen, included a couple of GOOSANDER on the nearby river, plus a GREY WAGTAIL, 2 GREY HERONS, and 3 SISKIN that flew over calling, highlight for me here though was the pair of PIED FLYCATCHERS, the male of which gave some song.

The final reserve visited was Gilfach, which is a brilliant place for all wildlife, it was here were found our first SMALL PEARL BORDERED FRITILLARIES, one of which posed for a photo :-) Birds seen here included a calling CUCKOO, a family of NUTHATCHES, single of GREAT SPOTTED WOODPECKER, JAY, plus a hunting KESTREL, which is a bit of a rarity here. PHEASANT and RAVEN concluded our bird list for the first day, which stands at 51. 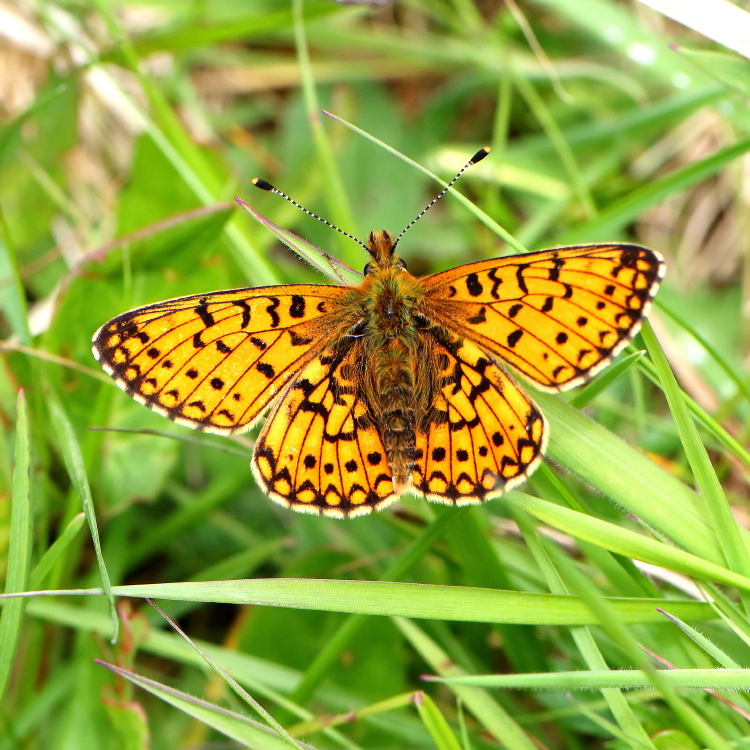 Nice image of the SPBF Warren. I wondered when you was going off to Wales....Enjoy.