With the weather much calmer today, even giving a few sunny spells, I was able to undertake a full patch walk, finding 49 bird species.

I decided not to go to Migrant Alley first off today, as I usually do, instead I visited the far end of the small holding area, where last year the only patch Spotted Flycatcher bred, but despite a good look around none were found, still time yet for one to arrive though.

I moved on to the Wet Woods, Scrubby Woods and lakes, finding most of the regular species except the Coal Tit, the best of those being the summer migrants of CHIFFCHAFF and BLACKCAP, plus the scarcer woodland birds like GOLDCREST, TREECREEPER, NUTHATCH, LONG TAILED TIT, BULLFINCH, JAY, STOCK DOVE, GREEN and GREAT SPOTTED WOODPECKERS plus MISTLETHRUSH. The lakes were virtually birdless, just a pair of CANADA GEESE were on the water.

Making my way over to Migrant Alley via the Ashes Lane Field I added GREYLAG GOOSE to my day list, 3 were grazing on the fields, along with a PHEASANT and a few SWALLOWS that zipped over low, it was also good to hear a YELLOWHAMMER singing from the single Oak tree that is there.

I heard the first WHITETHROAT of the morning as I walked through the Greenhouse Grounds, also the male KESTREL was seen perched on one of the greenhouses. I started off on a circuit of the fields and paddocks of Migrant Alley, and almost straight away found a fantastic little female WHINCHAT (56) sitting on the fence line, maybe I should have come here first off after all! This is the first spring I have had more than one Whinchat record! 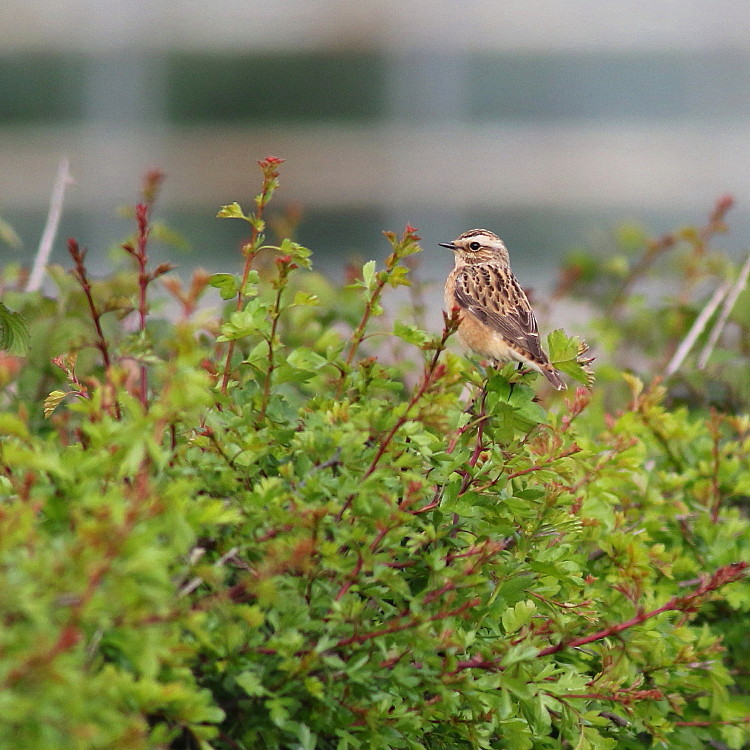 Whinchat. It kept it's distance from me, but I got off a record shot  :-)

The LINNET flock had moved into the Wooded Headland to the north of the paddocks, but there were no more surprises seen as I made my way to my sky watching seat. My sky watch lasted an hour, and I picked up a few bits and pieces, the best being, 4 SWIFTS, 4 HOUSE MARTINS, 2 BUZZARDS, a SPARROWHAWK, a GREY HERON (57) for the months list and a few HERRING GULLS.

After my sky watch I headed home for tea and toast, then headed of out again over to the woods to see if there were and Dragons or Damsels about, I only found two individuals, of two species, one was a Large Red Damsel, but the other was much more exciting, a patch first in fact, which was a Downy Emerald, finding that gave me as much pleasure as finding the Whinchat! This takes the Pittswood Odonata list to 20 species  :-) 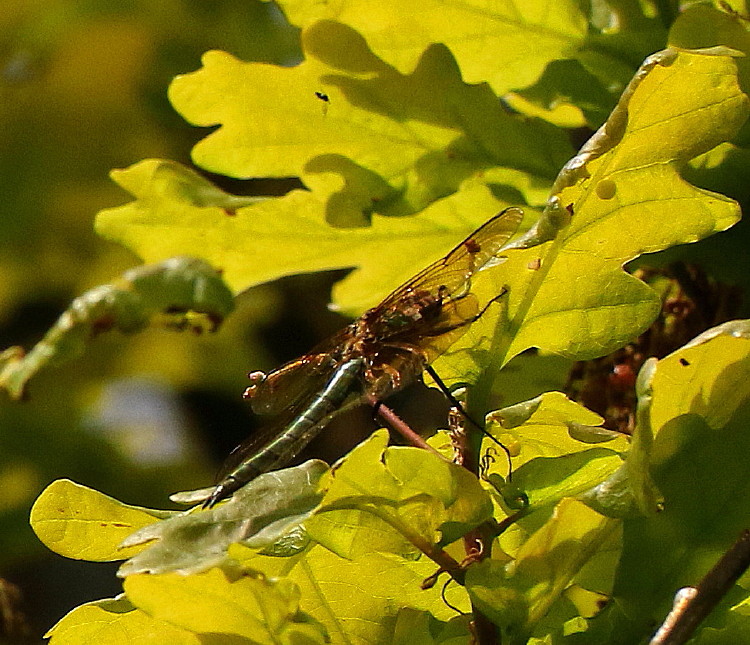 Not much of a photo, the Downy Emerald alighted high up on an Oak tree, this image is cropped as far as I can go! 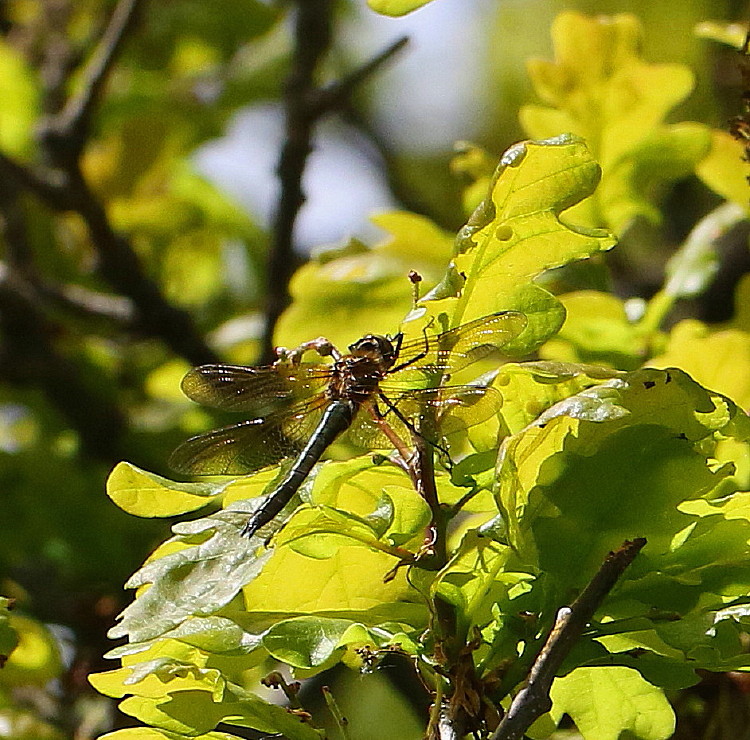 Another rubbish photo, but it served to aid in identification!
Posted by Warren Baker at 17:54

Boom, well done matey, looks like a male. Won't be long till I make the annual Pittswood pilgrimage. Get those eyes looking!

Excellent Whinchat image Warren, beyond the record shot in my book.

Two great finds today Warren. Love the Whinchat but the Downy is a cracking effort. They often perch high up in Oaks. Much more difficult to get on the wing. Spent hours at Sissinghurst last year trying to get a half decent shot.

Mike,
I also spent more time that I should trying to get the Downy in flight at Sissinghurst!